The Fairy Tellers: A Journey into the Secret History of Fairy Tales  by Nicholas Jubber is a history book about the stories we all loved as children and the people who wrote them. Mr. Jubber is a writer and traveler (the job I hoped for). 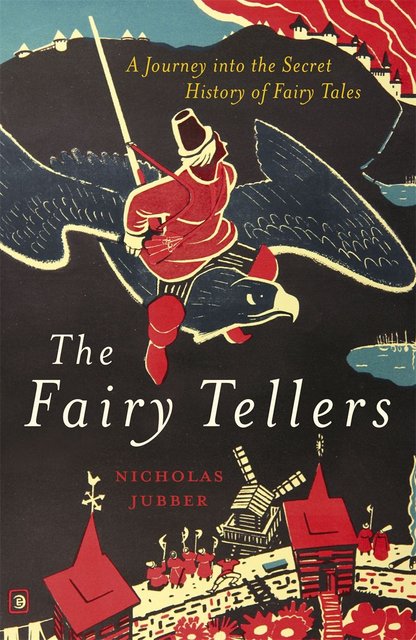 The history of fairy tales cannot be anything but fascinating. As always, however, history is almost as fascinating, if not more, than fiction.

In The Fairy Tellers: A Journey into the Secret History of Fairy Tales  author Nicholas Jubber delves into the fascinating stories behind the stories we all grew up with. From famous writers to those that inspired them, to some who inspired us but we don’t even know their names.

There were many aspects of this book which I never realized, from the social commentary about 16th Century France of Beauty and the Beast (by Gabrielle-Suzanne de Villeneuve) to the celebrity of Hans Christian Andersen during his lifetime. Somadeva, a Brahim, beats them all with the number of tales to his name when he published The Ocean of Story.

I enjoyed reading about the way Giambattista Basile, a character who is bigger than life in his own right, captured the life, and speech, of Napoly  (Naples) in Tale of Tales, to the way Hanna Dyab brought the Thousand and One Nights tales from Aleppo, Syria, to France for posterity. Unfortunately, Dyab was taken advantage of by French scholars and robbed of his place in popular history.

As in any book about fairy tales, The Grimm Brothers also make an appearance. However, the author wrote about Wilhelm Grimm’s wife, Dortchen Wild, a loving, and caring wife who could spin a tale with the best of them. It is thought that she contributed 20 or so tales to their collection.

The most fascinating character is Ivan Khudiakov, a poor man right out of classic Russian literature. Ivan Khudiakov popularized the Baba Yaga stories and ended up with a fate that no one deserves, especially not some poor schmo spinning stories. But stories are what regimes are afraid of.

This is a fine book and a great choice of authors. I never realized the contribution of most of these authors to the world, as well as the significance behind their stories.

The Fairy Tellers by Nicholas Jubber