Neverwhere by Neil Gaiman is a fantasy book taking place underneath London, in a city of monsters, saints, murderers, and rats. Mr. Gaiman is a prolific author – and one of my personal favorites. 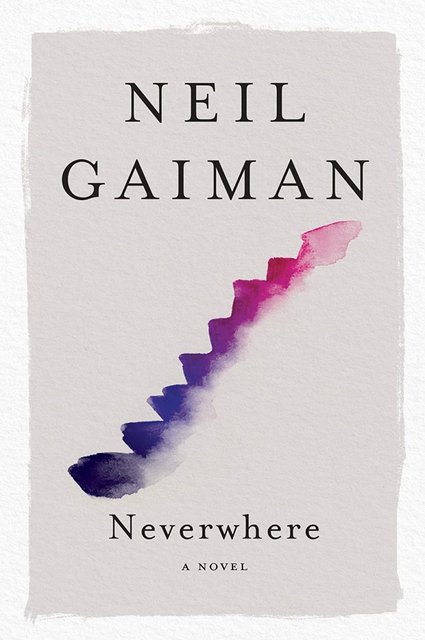 My rating for Neverwhere – 5
Buy Neverwhere  from Amazon.com*
More Books by Neil Gaiman*

I’ve enjoyed many of Neil Gaiman’s stories, and Neverwhere is no exception.  The narrative is delightful, funny, and witty as I’ve come to expect from the author.

The narrative was certainly fast-paced, telling of two worlds. More than anything, the book shows us that the world we perceive has much to do with what we choose not to see, as much as what we choose to see.

The characterization is fantastic Door, the Mraquis, as well as Hunter are very interesting. Richard, the every-man and protagonist of the story is stuck in a world he doesn’t or refuses, to understand. Richard reminded me of Arthur Dent from The Hitchhiker’s Guide to the Galaxy by Douglas Adams. A hapless protagonist in a world where he never has any idea what’s going on. Both are ordinary, as well as perpetually confused. Neither heroes nor adventurers, but normal and boring guys who ended up someplace amazing.
But if I had to compare it to any previous book, it would probably be Alice in Wonderland.

Gaiman lets the reader do a lot of the imagining, he stays away from over-explaining “how” or even “why” – many things are “just is”. That being said, the characters do have real motivations which work wonders in explaining the storyline, as well as moving it along.

This is a fun adventure, additionally I’m certainly looking forward to visiting London one of these days. Not that it wasn’t in the top 10, to begin with. The book, however, took me a bit to get into it, and the culture within a culture aspect of an alternative world.

Richard Mayhew is a young man who has been a proverbial doormat for everyone around him. Doing one act of kindness propelled Richard from his boring existence to a bizarre world few know exists.

The young woman Richard helped, is Door who introduces him to the London underground. Along the way, Richard sees things he didn’t know existed, but refuses to believe them even though he witnessed them.