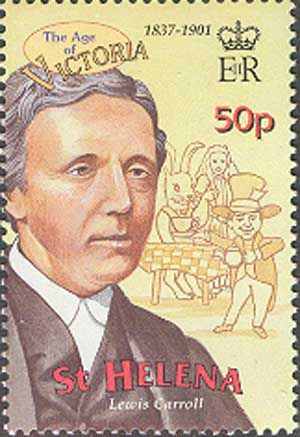 1)      Lewis Carroll is only a pen name, the author’s real name is Charles Lutwidge Dodgson.

2)      The authored was a sickly man, he suffered from epilepsy, stammering, ADHD and migraines. He was also partially deaf.

3)      Mr. Carroll is mostly known for his 12 works of literary fiction, but he also authored 11 books on mathematics.

4)      Despite being a mathematician, Mr. Carroll did not keep good track of his money and often had an overdraft.

6)     Alice’s Adventures in Wonderland has been translated into more than 70 languages.

7)      Many of the animals in Alice’s Adventures in Wonderland (originally illustrated by John Tenniel) represent versions of people little Alice Liddell knew. The dodo is Mr. Carroll (who she knew as Mr. Dodgson) and had a stammer and sometimes introduced himself as “Dodo-Dodgson”.

8)     Alice’s Adventures in Wonderland broke the mold of children’s books in the 1800s by not teaching any morals or lessons.

9)      The title for Alice’s Adventures in Wonderland was suggested by Tom Taylor, a playwright and author of Our American Cousin, the play President Abraham Lincoln watched before being assassinated.

10)   As a mathematician he loved logic games and invented a few word games of his own. The game “word ladder” would ask the player to transform one word into another by changing one letter. For example, to change “hit” into “cog” the ladder would be:
hit – hot – dot – dog – cog