Agent Josephine: American Beauty, French Hero, British Spy by Damien Lewis is a mini-biography about Josephine Baker. The book is mainly concerned with the star’s career as a secret agent for France during World War II. 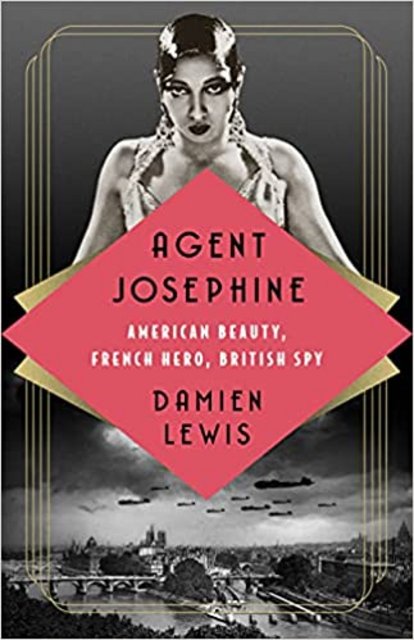 I did know that Ms. Baker was a famous star, and I also knew she was a spy for the Allies during that time. Her stardom and travel schedule were a perfect cover. I did not know, however, to what extent her contributions helped the war effort.

Agent Josephine: American Beauty, French Hero, British Spy by Damien Lewis is meticulously researched while telling a fascinating story. The book is well written, the narrative flows, as well as easy to read.

The author tells of Ms. Baker’s tremendous courage, facing certain death almost every day. This was a time when the death penalty for spies was to be beheaded with an axe while looking up so you could see it coming.
Human’s inhumanity to one another never ceases to surprise me.

With Ms. Baker, we meet several of her fellow secret agents, whom she forged a lifelong friendship with, and trusted them implicitly. There’s love and lost, but above all, defeating the Nazis was the most important goal.

The author makes it clear that Ms. Baker, an American who became a French citizen, was well aware that segregationist America. As a headliner, she was even refused rooms in New York City hotels with her white husband.

Josephine Baker was a staunch supporter of freedom and equality. The fact that she was willing to put aside her strong feelings about segregation in order to help the Allies shows of the quality of her character.

This is a very informative read about an astounding woman living a life of a legend. This is certainly a captivating story of a very unlikely World War II heroine.