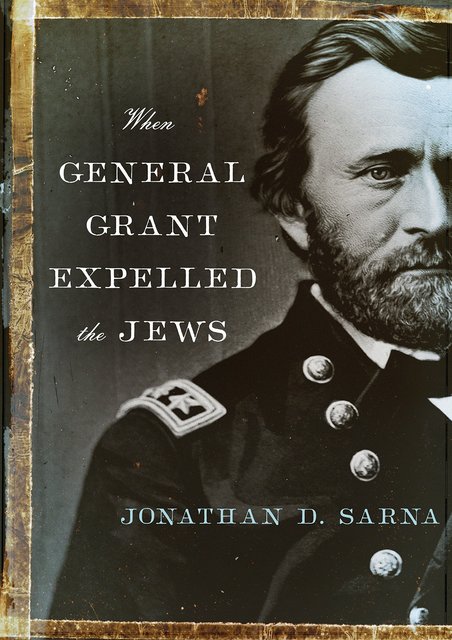 When I first saw the title of this book, I had to read it twice.
Could it be?
Is this for real?

Yes, When General Grant Expelled the Jews by Jonathan D. Sarna is unbelievable, but the true, title of this well-written and well-researched book about one of the most deliberate cases of anti-Semitism in the short history of America.

General Order No. 11 decreed as follows:

Did you pick up the text?
“Jews, as a class…” after all, many Jews were in the United States after escaping/being thrown out of Europe so one can certainly understand the uproar that the verbiage of this order caused.

But the book doesn’t dwell on the impact of the order at the time Grant issued it (the impact was minimal and the horrified President Lincoln reversed it immediately) but on the aftermath. Sarna points to President Grant (not candidate Grant) trying to make amends to the Jewish community, nurturing relationships, and lifelong friendships with Jewish leaders, and generally (no pun intended) being more sympathetic to Jews than his predecessors.

Grant was so successful in redeeming his stature among America’s Jews that Rabbi Edward Benjamin Morris Browne was a pallbearer at his funeral. Since the funeral was on the Sabbath he walked along instead of riding.

Dr. Sarna, a professor at Brandeis University, wrote a compelling, exciting book in which he tries to explain the huge impact General Order No. 11 had on the Jewish community in particular, and on the country at large. From the first major lobbying effort to the campaigns run by candidates, the elections which Grant won had significant effects which lasted to this day.

On 17 December 1862 Major-General Ulysses S. Grant issued his infamous General Order No. 11 expelling all Jews from his military district which consisted of Kentucky, Mississippi, and Tennessee. Grant intended to hinder the activities of people who smuggle things in and out of the war zone which, in his mind, were Jews.

As history later showed, many people, including those under his command, engaged in the lucrative smuggling trade. General Order No. 11 caused great distress among the Jewish community. Eventually, Grant was able to recoup and even win Jewish support for his presidency.

BOOK BLOGGERS – Have you read When General Grant Expelled the Jews? If so link up your review below:

When General Grant Expelled the Jews by Jonathan D. Sarna