In the news last week it was announced that certain publishers decided that eBooks which have been sold to libraries will have a license to allow a book to be loaned 26 times before the embedded DRM (Digital Rights Management system) kicks in so the library will have to buy a new copy. 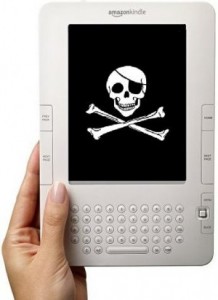 One of the publishers wrote an open letter to librarians which is, excuse the language, total bullshit.  All the reasoning in that letter could be refuted by the same logic which they have used. That is, there is no rhyme or reason, when one says something which simply cannot be proven, such as: “ place additional pressure on physical bookstores” someone else can easily claim that “Book retailers are missing an opportunity to unite the physical and digital worlds”.

Maybe they haven’t heard that agency pricing (some of which are priced higher than the hard cover) are already being touted as the reason for eBook piracy.

But we won’t really know until we try, right?
However, we could look at similar history and the mistakes our predecessors made.

Do you know what killed the music industry?
MP3?
No.
MP4?
Try again.
Digital music?
Nope.
All the iGadgets?
Yeah, right.
Thieving teenagers?
You wish it was that easy.

What killed the music industry was greed – plain and simple.

Sales of CDs have fallen 50% over the last decade, that’s a huge amount – but why?

Wait a minute!
Yes, they were too damn expensive, considering that the markup was unbelievably high.

At first we didn’t mind paying $10-$15 for a CD (before we knew it the price was raised to $15-$20), the quality was good, they didn’t scratch, didn’t get stuck in the player, we got a slick case, a nice booklet and the sound was much better than a tape. So we didn’t cry about the higher price (cassette tapes were $5-$8 or so) and the music industry got accustomed to raking in huge amounts of cash – after all they could sell all of their old catalogs again.

The industry promised “us” that CDs will get cheaper – and they did, but only to manufacture, the labels kept the retail prices (and profits) high.

They shot themselves in the foot by pulling a fraud not only on the consumer, but on the artists as well.

I don’t have an MBA nor am I in the book publishing business; I’m just a lowly consumer who happens to like a certain product.
So when a simple schmo from New Jersey realizes that:
1) you’ll never make the amount of money you made before
and
2) you are not entitled to my money (be it through the wallet or taxes)

it might be time to start thinking about how will you sell consumers a product they want to buy. Not how to get consumers to buy a product you want to sell.
Yes, sometimes that would mean fewer profits in the short term – but looking beyond the next fiscal quarter might, just might, be better for the company and the industry at large in the long run.

At these rough economic times it would be wise to support not only libraries who are getting their budgets slashed left and right, but also not put obstacles in the way and make it more expensive of those who are learning to read, or learning to love to read.

Think of it as a long term business investment.