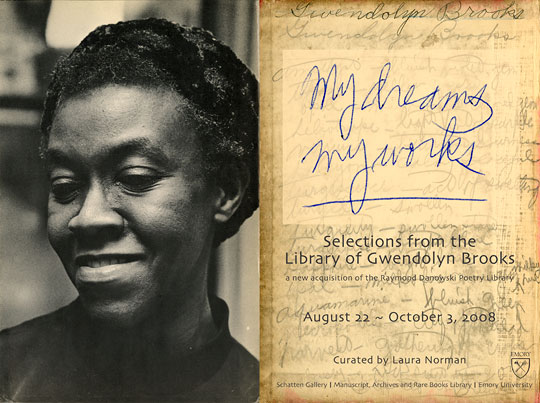 4)      Ms. Brooks worked as a secretary to support herself while growing as a poet and honing her craft.

6)      A Street in Bronzeville, Gwendolyn Brooks’ first book of poetry was published in 1945 and was an instant success.

7)      Ms. Brooks received many honors in the following years including a Pulitzer Prize in poetry for Annie Allen making her the first African American to win it. Other honors included a Guggenheim Fellowship, Poetry magazine’s Eunice Tietjens Prize and her poem In The Mecca (1968) was nominated for the National Book Award for poetry.

8)      President Kennedy invited Ms. Brooks to read at a Library of Congress poetry festival in 1962.