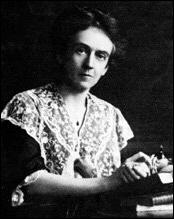 1)      Ms. Hamilton was born in Germany, but spent her childhood in Fort Wayne, Indiana

3)      Ms. Hamilton attended Miss Porter’s Finishing School for Young in Farmington, CT, and got her BA and MA from Bryn Mawr College, in Pennsylvania.

4)      The Mary E. Garrett European Fellowship was awarded to Ms. Hamilton and allowed her to study humanities at the University of Munich in Germany.

5)      She didn’t finish her doctoral degree because she took a job as head of the Bryn Mawr Preparatory School for Girls in Baltimore, MD which just opened at the time.

6)      Writing about Greece only started after Ms. Hamilton was able to retire.

8)      The book Mythology (1942) remains the premier introductory text about its subject.

9)      During her lifetime Ms. Hamilton was “recognized as the greatest woman Classicist.”

10)   Ms. Hamilton considered the pinnacle of her life to be in 1957 when she received the Golden Cross of the Order of Benefaction and an honorary citizenship of Athens from King Paul of Greece, at the theater of Herodes Atticus.