The Tragedies of King David by Israel Drazin is a look at the life of King David focusing on texts from Jewish Bible. Dr. Drazin is has a PhD in Judaic studies, as well as with master s degrees in psychology and Hebrew literature, and is a retired Brigadier General from the US Army. 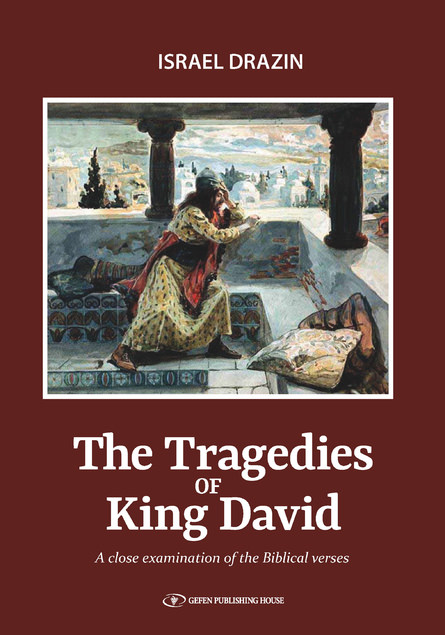 Thoughts:
The biblical story of King David is full of treachery, betrayal, sex, violence and a few heroics sprinkled here and there. The biblical David is a fascinating character, a complex man in a complex time. The Tragedies of King David by Israel Drazin asks the question “who was the biblical King David?” through examinations of texts from Samuel and chapters one and two of I Kings.

Rabbi Drazin examines King David’s life, actions, his rise to power, how he commanded his armies. The author also does not shy away from the ugly parts of the stories, the rapes and murdered committed by King David also get a notable discussion.

The dissection of the story of the Biblical King David is easily read and understandable. The author points out the hard to understand verses while providing insights from past scholars. I especially enjoyed learning about the contradictions in the stories, something which scholars still argue about and many of which are still unanswered.

This is a refreshing and unique book, which provides a deeper understanding into a complicated, and sometimes contradictory, story. Some readers called this a “history book”, I wouldn’t go this far as we know that the Bible (Jewish, Christian, and the Koran) are not history books, nor are they meant to be.
But that’s a different discussion altogether.

Buy The Tragedies of King David from Amazon.com*
More Books by Israel Drazin*