The Loving Wrath of Eldon Quint by Chase Pletts is a western taking place in the Dakota territories. Mr. Pletts is a screenwriter, this is his first novel. 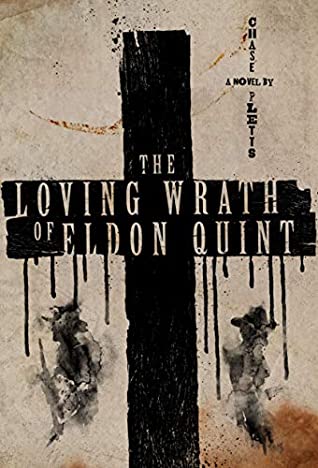 We just came back from the Black Hills of South Dakota on a family road-trip, and then this book showed up. The Loving Wrath of Eldon Quint by Chase Pletts tells a good tale of love, revenge, and forgiveness.

I haven’t read much in this genre, western historical fiction, however I enjoyed this book very much. This is the American west as I always imagined it, rough, gritty, dirty, unforgiving, tragic, and cruel.

One of the things that is difficult to convey is just how rough life was. The sense of grief, loss, profound sadness, and the acceptance of all those things comes through in a very real way.

The characters, both Eldon and Clayton Quint are flawed in people. They interaction between the two is one of the things which made the book a good read. I enjoyed reading about their history together, relationship to their father whose ghost always looms nearby, as well as their interactions.

One of the side plots involves an orphan who was brought west by the Orphan Train. That this program started so early in our history was something I never realized. The subplot brought a whole new aspect to the story, and allowed the antagonists to also shine.

The plot is complex, but not difficult to follow. I enjoyed very much when side characters are introduced, who have an enormous impact on our protagonists, even though they are not in the story for long. We get their histories and importance in drips and drabs, which makes the actions perfectly understandable

The excellent depiction of the American west was just icing on the cake of this gripping novel. As a screenwriter, the author shows the reader his story, in a beautiful narrative.

Eldon Quint is a farmer, widower, father of two boys trying to get his life together. But Eldon has a checkered history he’s trying to forget, and give his boys a good home and good life.

Eldon’s twin brother, Clayton, goes by the name of Jack Foss, an infamous outlaw of the American west. When Eldon is mistaken for his brother, his son gets killed in the crossfire. Grief stricken Eldon goes on a journey to bury his son next to his wife, hundreds of miles away, and avenge his death.

The Loving Wrath of Eldon Quint by Chase Pletts