Reunion of the Good Weather Suicide Cult by Kyle McCord tells of a man who survived a mass suicide of cult he belonged to, only to be vilified by a documentary maker as the murder. Mr. McCord is a published author, this is his first novel. 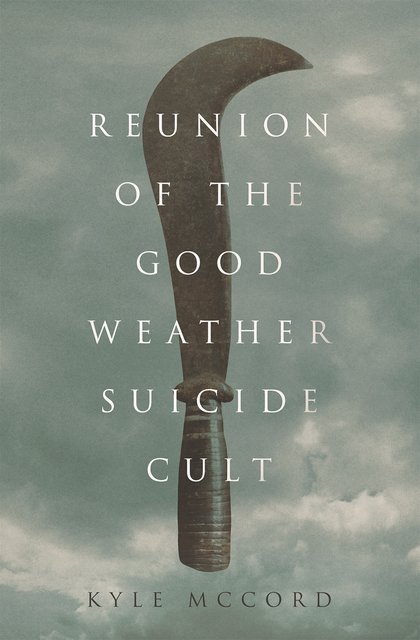 Reunion of the Good Weather Suicide Cult by Kyle McCord was a very well written drama. The author tells two styles of stories, that of Tom Duncan, and an emotionally manipulative documentary.

The uniqueness of this story is that it tells of primarily of survival. There are many stories, non-fiction as well as fiction, which tell of cults, and ask poignant questions.

Why do people join?
What makes them give up their previous lives?
What prompts them to kill themselves?
And, of course, the deep belief in one claiming to be a prophet.

The aftermath, however, could be even more cruel than ending it all. This is especially true when a smear documentary is made about you.

Another interesting aspect of the book is they way the author described how the cult got popular. Tom was one of the first people to join, so we got to view through his eyes the beginning of it all.

There were several interesting characters in the book, most of them were former cult members. I didn’t care that the author used their “cult name” throughout. I just thought it was a weird choice, especially since they are trying to move on.

The novel uses the narrative to tackle grief, not only for Tom, but also the rest of the ex-cultists. Tom, being America’s most hated man thanks to the documentary is, surprisingly, not had the most difficult time.

I do know what it’s like to be a part of a community, and then to leave. It is a difficult thing and a feeling one wants to get back, if possible. This novel, above all, captures that feeling at times.

Tom Duncan was the sole survivor of the largest cult mass suicide in the United States. Slowly Tom tries to rebuild his life, and get to know his daughter and granddaughter.

However, Tom cannot get the anonymity he wants. A Netflix documentary claiming that Tom’s survival wasn’t an accident, but that he’s responsible

Reunion of the Good Weather Suicide Cult by Kyle McCord