Radical Technologies: The Design of Everyday Life by Adam Greenfield asks some important questions about new technologies which we take for granted. Mr. Greenfield writes about design, technology, and culture; he is an educator, as well as working towards his PhD. 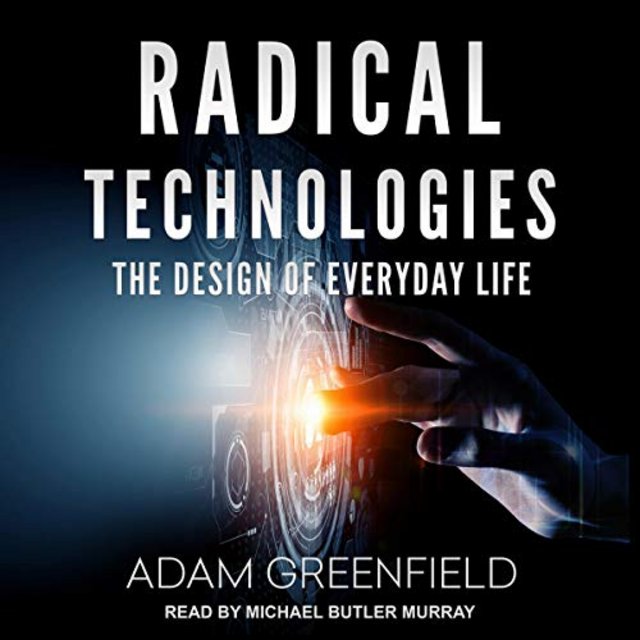 One of the main objectives of this book, I believe, it to make one rethink their relationship with technologies, as well as how they’re applied. As it turns out, the really smart techies found out that disruptive technology might not act the way they envisioned when it gets released. Google Glass, the textbook example, discovered unsurprisingly that people don’t like to be surveilled, not to mention legal ramifications.

Radical Technologies: The Design of Everyday Life by Adam Greenfield attempts to start excellent discussions about technology and its unexpected consequences. An excellent explanation of blockchain, which for me was worth the cost of entry, was one of the highlights, while bitcoin itself, is doomed. Equally fascinating was the section about how human biases make their way into supposedly natural algorithms.

The copy I had, from 2017, was dated. I don’t blame the author, and I have no idea if an updated version exists. Even for me, a professional in the industry, it’s difficult to keep up, not to mention laws and hacks. The author warns about authoritarian uses of technology, but also states that the utopia many leftists envision is only superficial.

Mr. Greenfield states that these technologies are “radical” because they could bring upon us vast changes, and maybe even a different future. That future, however, might not be the one we envision since it seems that either the uses are unintended, or usually the “bad” implementations are the ones which take a hold. An example would be employers using a credit score as a hiring criterion, or 3D printers being used to make untraceable weapons.

This book seemed to be written with skeptics like me in mind. Maybe because I’m in the industry, and know too much is why it seems to resonate. This is an excellent primer for everyone who wants to make more informed decision, as well as an effective opposition to the tech-elites. The narration by Michael Butler Murray was clear and well done.

Zohar — Man of la Book
Dis­claimer: I bought this book through an Audible.com membership.
*Ama­zon links point to an affil­i­ate account

Radical Technologies: The Design of Everyday Life by Adam Greenfield