About:
Nightwing Vol. 1: Better Than Batman (Rebirth) by Tim Seeley (illustrated by Javier Fernandez, colored by Chris Sotomayor) is a graphic novel featuring the grown up Dick Greyson / Robin (yes, that one… Batman’s sidekick). This graphic novel collects issues #1-4, #7-8. 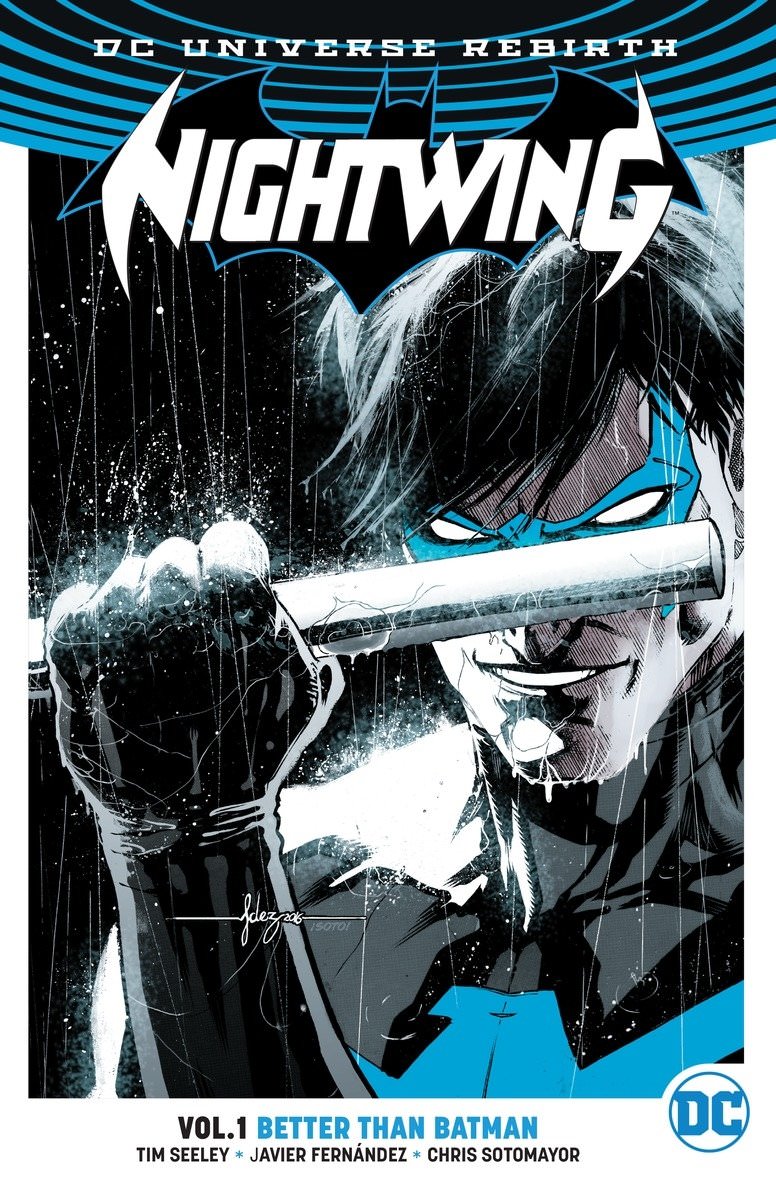 Thoughts:
I have never really followed Nightwing, I always thought he was a good character but he never really captured my interest. I did however enjoy many of the Rebirth issues that DC Comics published, so when I had a chance to read Nightwing Vol. 1: Better Than Batman (Rebirth) by Tim Seeley (illustrated by Javier Fernandez, colored by Chris Sotomayor), I jumped on it.

I think not following the latest version of Nightwing has somewhat impaired my ability to enjoy this book to the fullest. The storyline referred to other adventures / incarnations I was not aware of, which seem to cumulate in this book in order to tie up loose ends.

The new character the creative team introduces, Raptor, is one of the better new characters DC Comics came out with in awhile. Actually I shouldn’t really say that since there are several new characters in this universe (especially the Batwoman books) which I really enjoyed.

Unfortunately, one of the things I remember from my few encounters with Nightwing is the Parliament of Owls (Court of Owls of old). I was disappointed to see them resurface in this graphic novel, years (decades?) of stories yet the same tired group of incompetent tyrants.

Parliament of Owls aside, I did enjoy this book and its storyline. A new character which I hope to see more of and Nightwing getting back to what he does best.

Synopsis:
Dick Greyson has resurfaced after finishing his assignment as a super-spy and steps back into his role as Nightwing, protector of the city of Blüdhaven. Batman, the former boss, insists on Nightwing working solo, not as part of the new Batman team.

A mysterious man named Raptor, who says he’s an ally but acts as an enemy, shows and forces Nightwing to join forces to take down the Parliament of Owls. All this while trying to rekindle his romance with Barbara Gordon (Batgirl).