Robert Burns (25 January 1759 – 21 July 1796) was a Scottish poet and lyricist. Many people consider him the national poet of Scotland. 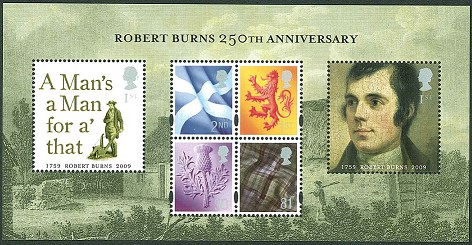