May 15, 1890 was the birthday of author Callie Porter, later known as Katherine Anne Porter. Ms. Porter was a very prolific writer, which unfortunately we do not hear much about these days. 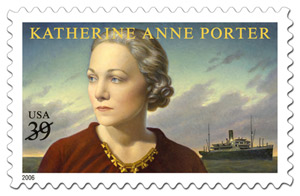 1) When she was two Porter’s mother died and the family moved in with her paternal grandmother Catherine Anne Porter. Porter later changed her name to honor her loving grandmother.

2) After her grandmother died in 1901 Porter was sent to convent school in New Orleans, LA.

4) She worked as a reporter and a ballad singer.

6) Porter married again in 1925 but divorced again soon after.

7) Porter won the Guggenheim Fellowship prize for her 1930 collection “Flowering Judas and Other Stories”.

8 ) Porter lived in Europe from 1931 to 1937 where she married and divorced her third husband.

10) Porter published 25 stories and one novel “Ship of Fools”, all critically acclaimed, as well as several movie scripts.