Joseph Pulitzer (10 April, 1847 – 29 October, 1911) was a newspaper publisher of the St. Louis Post-Dispatch and the New York World, as well as a Congressman. Many people today know his name because of his endowment to Columbia University which has established the Pulitzer Prizes. 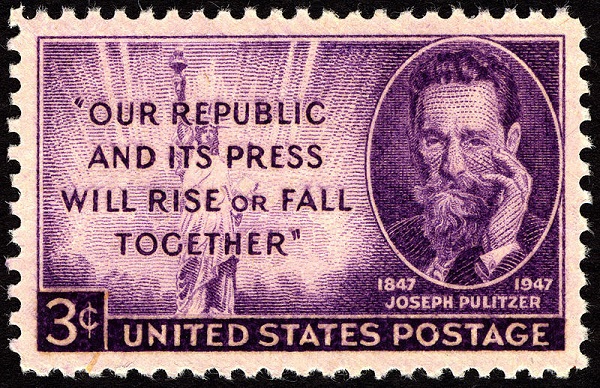