Douglas Adams (11 March, 1952 – 11 May, 2001) was a British author, humorist, screenwriter, dramatist, and even game designer. He is known for his classic book The Hitchhiker’s Guide to the Galaxy. 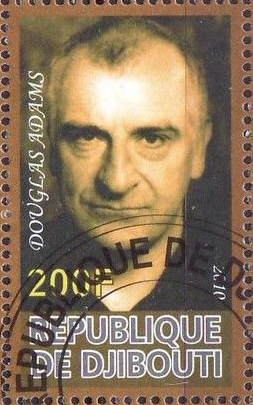