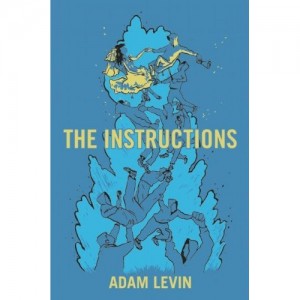 My rating for The Instructions – 4

About:
“The Instructions” by Adam Levin is a fictional book taking place over three days. This long book which tells a short story follows one very bright troublemaker in Junior High School.

Thoughts:
“The Instructions” by Adam Levin was a hard book to read and to get into, not due to its length but due to the difficulty of getting into the mind of a brilliant ten year old. However, once I got around that hurdle I found that not only did I enjoy reading the book, but I enjoyed even more thinking about it afterwards.

If I had to pinpoint the one thing which I found enjoyable is the great care Mr. Levin took in picking his symbols, words and their meanings. For example: the name of the protagonist Gurion Ben-Judah Maccabee. Gurion is a lion’s cub, a lion which is the symbol of the tribe of Judah (Judah being Gurion’s father) and Maccabee, a famed family who reasserted the Jewish religion as the Seleucid Empire.

Gurion Maccabee believes that he is the Messiah. “The Instructions” is actually presented as Gurion’s sermons of truth to the destructive 2006 events which made him famous. Along the way the reader is a witness to Gurion’s brilliant young mind. Unlike other sermons though, this books brings the reader along to the journey of a young man who can basically justify any action he takes.

Falling in love with Eliza June Watermark, a gentile classmate – no problem, he simply converts her.
After all, if the Messiah can’t convert gentiles than who can?

A boring detention assignment – no problem, scratch it out and write his own because the idiotic assignments are no match for Gurion’s intellectual superiority. 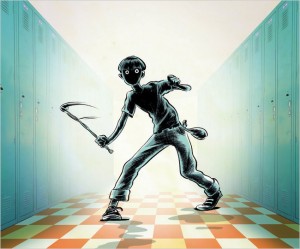 As in many books which could qualify as instructions (The Zohar, The Talmud, etc.) there isn’t much plot or an ending, but a bunch of diatribes, lists, charts and doodles. Surprisingly/disturbingly, trudging through lengthy pages which seem to baffle all other characters in the book, Gurion’s scripture starts to make sense.

Imagine Jeremy Piven‘s Ari Gold reading the Passover song of Chad Gadya (One Little Goat) with commentary by Larry David & Jerry Seinfeld – and you get the brilliance of “The Instructions”. A guest “appearance” by Philip Roth though, in my opinion, takes the cake. 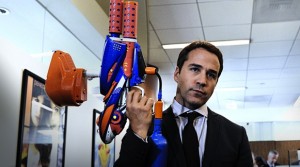 Synopsis:
Supposedly a document written by Rabbi Gurion ben Judah Maccabee and “translated and retranslated from the Hebrew and the English” before being published the book consists of two sections: “The Side of Damage” and “The Gurionic War”.

The book chronicles four days in the life of 10 year old Gurion, who has been expelled from several schools (including a Yeshiva) and is fated (or is it damned?) to a disciplinary program at Aptakisic Junior High, suburban Illinois. Gurion, who believes he is the Messiah and amazingly convinces others for it to be true, organizes riots, a militia and overthrows the school’s administration establishing a new Jewish holiday.

This book reminded me of a song by Israeli artist Shalom Hanoch called “Waiting for Messiah (Mechakim LaMashiach)”, you don’t have to understand the language to enjoy the music (any music) but the lyrics are below the video. From some reason I found myself thinking of this song as I read the book.

Published at Izgad.
BOOK BLOGGERS – Have you read “The Instructions”? If so link up your review below: