About:
The Hawkman: A Fairy Tale of the Great War by Jane Rosenberg LaForge is a novel which takes place during and after World War I. Ms. LaForge has published poetry, essays and fiction. 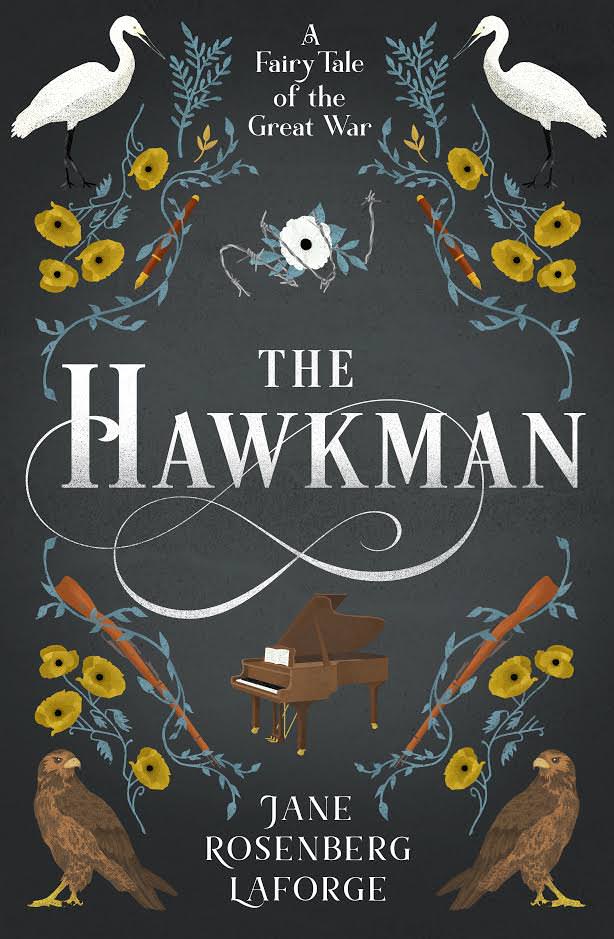 My rating for The Hawkman – 4
Buy The Hawkman from Amazon.com*
More Books by Jane Rosenberg LaForge*

Thoughts:
The plot of The Hawkman: A Fairy Tale of the Great War by Jane Rosenberg LaForge is ispired by The Bearskin, a Grimm Brothers’ fairytale which told of a disease we now recognize as Post Traumatic Stress Disorder (PTSD).

The plot was OK, but the real strength of the book is in Ms. LaFarge’s writing. The prose flows, the story is mystical and powerful at the same time. The author starts the book with a scene right out of older novels, a death on a wedding night which sets it up as mystery – only which it’s not.

The novel does touch on magical realism, but it is very much a story of acceptance, forgiveness, and courage to help those that no one helps and everyone looks down upon. Michael has no support either abroad or at home, where he is considered a “failure”, while Eva is a foreigner in a foreign land.

Both Eva and Michael have given up a lot to save their lives and fight society’s stereotypical, and usually senseless, rules of culture. They show each other respect in a world built on birth right instead of merit.

This is a quiet and interesting book. I felt it didn’t come together as cohesively towards the end, but I enjoyed reading it very much.