About:
“The Confirmation” by Ralph Reed is a fictional political thriller set in the near future. The book starts with the election of Bob Long for the presidency. President Long is the first independent president and, even though he doesn’t know it, is in for rollercoaster ride. 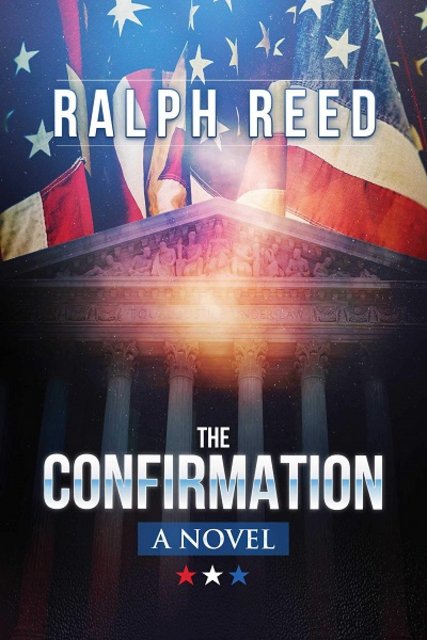 Early in Long’s tenure, Supreme Court Justice Peter Corbin Franklin, the “liberal conscience” of the Supreme Court, dies during troubled times when same-sex marriage is on the ballot, Roe v. Wade is being challenged and a huge anti-trust suite against an Internet conglomerate is on its way to the court’s docket. Franklin’s demise opens the door for Long to appoint a conservative judge as a way to repay the millions of evangelical Christians who helped him put into office. Together with his team of political sharks, President Long takes on the Democratic Senate and the bitter Republican Party in a nasty smearing campaign of his nominee – Marco Diaz, which, if confirmed, will be the second Latino judge . All this while Ethiopian pirates stole a boat load (literally) or weapons’ grade uranium, Iran has developed a nuclear bomb and making sure Israel’s hawkish candidate wins the office of Prime Minister.


Let me admit this right off the bat, I’m a bit of a political junky and I’m especially interested in Constitutional Law – in an amateurish manner (I read “The Federalist Papers” several times and keep it for reference). I try and read all the Supreme Court decisions because I realize that they affect our everyday lives even though it might not seem like it..but, I enjoy reading them. I especially enjoy the opinions of the justices I usually don’t agree with.


What I found most enjoyable in “The Confirmation” by Ralph Reed was the inside knowledge on how decisions were made, regardless of the politics of parties (the liberal left are the opposition in this novel). I have not always agreed with the views of the protagonist, nor did I always agree with their opposition since I try and evaluate each case separately regardless of party ideology (as our Founding Fathers intended), yet the way the politicians viewed the confirmation, the hidden agendas, power games and political backstabbing were fascinating to read.

Mr. Reed, who has worked in politics, writes fluidly and with conviction. It seems he is very familiar with the act, which we know as confirmation of Supreme Court nominees, but in reality is nothing but a search and destroy mission by Congress


Even though I felt that the author’s more conservative views prevailed, he still tried, and I believe managed, to respectfully introduce the opposing points of view. Towards the end, the book got a bit preachy; however I did not feel it took away from the story. If you ever watched “The West Wing” and enjoyed the staff’s bickering more than the drama – this book is for you.

Buy The Confirmation from Amazon.com*
More Books by Ralph Reed*

The Confirmation by Ralph Reed