Sweet Sweet Revenge, Ltd. By Jonas Jonasson (translated by Rachel Willson-Broyles) is a thought-provoking comedy from this Swedish author. Mr. Jonasson is a native Swede who worked as a journalist and owned his own media company. 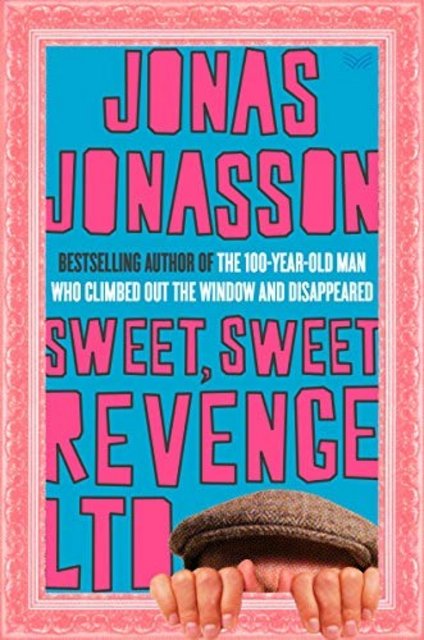 I have always enjoyed books by Jonas Jonasson, so I was excited about reading this new work of his. Much like his other books, Sweet Sweet Revenge, Ltd is quirky but with a heart. A bunch of lovable, bumbling characters, with seemingly nothing in common, come together for a grand story.

I enjoyed reading about Ole Mbastian, a Masai Medicine Man, as a fish out of water in Stockholm. Seems like no one knew what to do with him, but he managed to get his way and endear himself both to the characters, as well as the reader.

Jonas Jonasson certainly seem to take pleasure in writing farces, comedy of errors that happen to somehow work out. Kevin and Jenny get their revenge on the cynical, opportunist Victor – who has no redeeming character at all.  I enjoyed the fact that the young couple was assisted by the owner of Sweet Sweet Revenge, Ltd. A man who, like Victor, has little redeeming qualities except that his not a fascist.

I thought the contrast the author made between Sweden and Kenya was very interesting, especially from his perspective. Denmark is depicted as a cold and dark place, full of bureaucracy and bureaucrats who try to play within the system but break it often. A place where contracts rule, and dishonesty is both frowned upon, but rewarded as well. Kenya, on the other hand, is bright, and sunny. Bureaucrats get their jobs done, but if it’s within the rules it’s only by accident, and deals are made with one’s honor at stake.

I enjoyed this book, an easy read, funny, and in these trying times, a sort of escapism we all need. I also, out of curiosity, checked out if painter Irma Stern is real. She is, and her paintings are fantastic.

Victor Alderheim is a heartless SOB, a bigot, a fascist, and Nazi sympathizer (if only it wouldn’t be frowned upon). He worked hard to marry Jenny, 18 years his junior, trick her out of her inheritance, and art gallery (even though he hates art), and dumped, Kevin, a son he had with a black prostitute, in Africa.

Instead of being eaten by a lion, however, Kevin had the nerve to survive, and even thrive as a Masai warrior. After several years Kevin made it back to Stockholm, where his and Jenny’s paths cross.

The young couple, without a krone to their name, stumbled into Sweet Sweet Revenge, Ltd. A new business started by Hugo. But Kevin’s foster father, a Masai medicine man comes to look for his son,  with paintings worth millions… maybe.