Replenishing the Sea of Galilee: A Family Saga across Ethnicity, Place, and Religion by Wagih Abu-Rish is a novel taking place in Palestine and the United States over several generations. Mr. Abu-Rish is a Palestinian-American author and businessman. 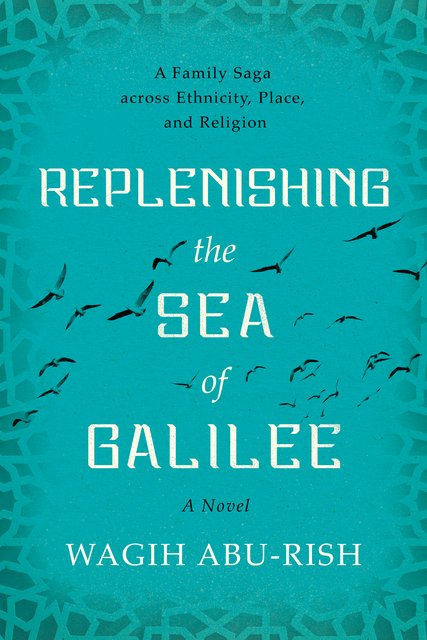 Replenishing the Sea of Galilee: A Family Saga across Ethnicity, Place, and Religion by Wagih Abu-Rish  as a strange book. The novel was somewhat uncomfortable to read at some point, and the family dynamic seemed off.

I have two sisters and I would never discuss foreplay with them. Honestly, I cannot imagine two people, especially in the early 1940s discuss such issues. Not siblings, and especially not with a priest.

For a generational saga, this was a short book. I do enjoy those books, for example The Invisible Mountain by Carolina De Robertis. The magic of sagas is that you get to know the characters very well. This novel is much too short for such narrative. The characters, however, are lovely and likeable, and very interesting.

I found some other thing curious. Rasheed who works for the English mandate in Palestine interviews both Menachem Begin, considered a terrorist, and Haj Amin al-Husseini, the Grand Mufti of Jerusalem. The English intelligence are obviously very interested in the meeting with Begin, but not with Al-Husseini who went to Germany to meet Adolf Hitler, Heinrich Himmler, Joachim Von Ribbentrop, and other top Nazi officials?
That seemed very strange to me.

I thought the concept of the novel, however, was very good. Otherwise, I wouldn’t have bothered to read it. I was looking forward to read about the time period from a point of view that is different from many of the other books I’ve read.

The novel’s early years of Rasheed and Rasheed were significantly interesting.  However, Rasheeda just disappeared after she got married. I thought that her story was just as interesting as Rasheed, even though less dramatic.

This novel was more of a romance, with much sexual content. Not my cup of tea, but I’m glad I read it.

In Palestine, twins Rasheed and Rasheeda Dinar are born in the early 1940s. The Dinars are a successful, well-off family who own inns. Rasheed falls in love with Natalia, a Jewish immigrant from Poland who, unfortunately, disappears one day.

Furthermore, years later Rasheed discovers that he and Natalia have a son.

Buy Replenishing the Sea of Galilee from Amazon.com*
More Books by Wagih Abu-Rish*

Zohar — Man of la Book
Dis­claimer: I got this book for free as part of the LibraryThing Early Reviewer Program.
*Ama­zon links point to an affil­i­ate account

Replenishing the Sea of Galilee: A Family Saga across Ethnicity, Place, and Religion by Wagih Abu-Rish