About:
Chasing Shadows: A Special Agent’s Lifelong Hunt to Bring a Cold War Assassin to Justice by Fred Burton is a non-fiction book which tells about the author’s lifelong investigation into a political murder of one of his neighbors. The product of the investigation is a mesmerizing book of an investigation of a lifetime. 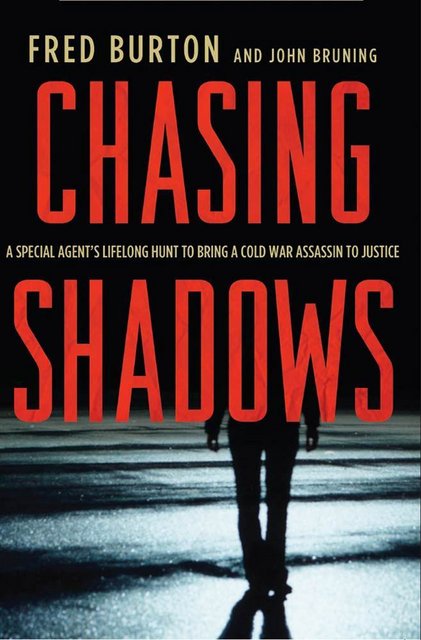 My rating for Chasing Shadows – 5

At the time of the murder Mr. Burton was 16, as he grew up, entered the gray world of intelligence and law enforcement, the crime never left his mind. When he started to investigate he found out something strange: it seemed that none of these entities want the murder to be solved!
That includes the Israeli government who has prided itself on avenging the murder of its citizens regardless of borders and local or international laws.

This very compelling account is not only about the murder, but a small lesson in history to put everything in context. The struggle of the US Air force against the MiG fighters, the birth of the Israeli Air force, as well as the mutually beneficial relationship between the two countries, as well as sections devoted to how Middle Eastern terrorism operated in the 70s.

In my opinion, the mystery took a back seat to the fascinating history lesson, but that’s not to say it is not mesmerizing as well. Due to the subject’s diplomatic stature, many of the suspects cannot be named and were difficult to track leading only to dead ends or false leads. However, once in a while, through sheer determination and persistence, Mr. Burton slowly made progress.

The narrative weaves the pain of the Alon family who are being blocked by the Israeli government and his own frustration of running into brick walls at every turn. Mr. Burton is a wonderful storyteller who weaves international intrigue and complicated relationships between people, organizations and countries in a very readable format.

Related Reads:
The Mossad — Great Operations by Michael Bar-Zohar and Nissim Mishal
Enemies: A History of the FBI by Tim Weiner

So tell me, do what’s your favorite non-fiction espionage book?

Synopsis:
July of 1973 in Bethesda, MD Joseph Alon was shot to death. Mr. Alon was a high ranking Israeli Air Force pilot, a family man and a diplomatic attaché. Fred Burton, the Alons 16 year old neighbor, was shocked by this horrendous crime in his sleepy neighborhood.

As he grew up, Fred Burton, now a counterterrorism special agent, reopened the case and found more than he bargained for trying to solve this almost forgotten murder. 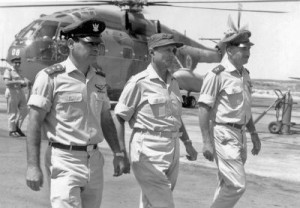 BOOK BLOGGERS – Have you read Chasing Shadows? If so link up your review below: