I got this book for free.
Article first published as Book Review: Berlin 1961 by Frederick Kempe on Blogcritics. 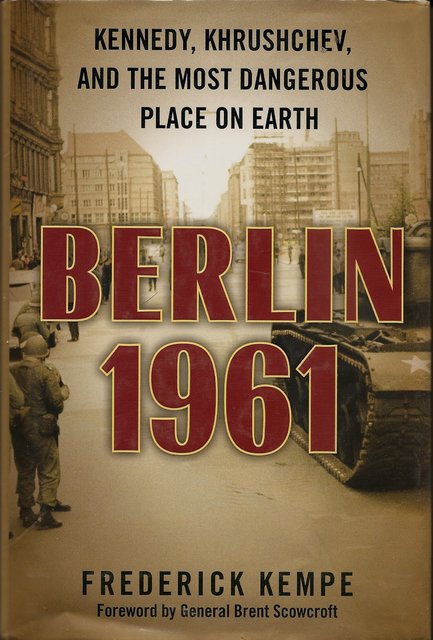 About:
“Berlin 1961” by Frederick Kempe (website) is a non-fiction book which follows the political turmoil in 1961, a defining year in US-Soviet relationship. Nikita Khrushchev called Berlin “the most dangerous place on earth”, reading this book I found out why.

Kennedy and Khrushchev were, to me, the most interesting view points of the book. Khrushchev’s bullying the young President while faking diplomacy should probably be studied in all political science courses. Reading how Nikita Khrushchev danced in diplomatic circles around the inexperienced Kennedy, who was just learning his job at the time was facinating. Kennedy breaking his diplomatic chops on a very serious matter is an aspect which helped him tremendously when it came to other diplomatic breaking points such as the Cuban Missile Crisis.

Mr. Kempe provides in depth analysis on the intrigue which occurred during 1961 as well as more intimate moments of triumph and anguish on all sides of the political spectrum. For Kennedy, 1961 was a strenuous year. Kennedy described that year as “a string of disasters” starting with the failure of the Bay of Pigs invasion, the failed Vienna Summit, the Berlin Wall put under his nose as well as a dangerous tank showdown in Checkpoint Charlie. 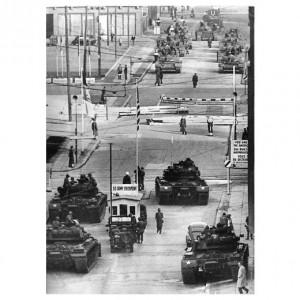 I found it fascinating that Kennedy, for all intents and purposes, allowed Khrushchev to construct the wall as long as he did not disrupt West Berlin or access to Freedom.
Of course, the wall did both.

Mr. Kempe argues that one of the most significant outcomes of 1961 was the perceived weakness Khrushchev found in Kennedy. That weakness prompted him to place missiles in Cuba thinking the young President would cave as he did in Berlin.

This is a fascinating book which brings historic figures to life. I am always fascinated by how decisions in the upper echelons of power are being made, for me books like this are a gold mine.

So tell me, which book have you read which gave you a different perspective on history?

Synopsis:
The book is divided into 3 parts:
Part I: “The Players” – the author introduced Nikita Khrushchev, John F. Kennedy, Walter Ulbricht and Konrad Adenauer. Mr. Kempe brings out their motivations and fear for the drama that is being staged.

Part II: “The Gathering Storm” – After the failed Bay of Pigs invasion, Kennedy’s political clout and respect among world leaders is at a low point, to say the least. Khrushchev sees this as his opportunity to stop the massive exodus from East Germany and closes the border. Kennedy’s admittedly poor performance is on display while he tries to ensure that Khrushchev doesn’t start a nuclear war.

Part III: “The Showdown” – This, for me, was the highlight of the book. The decisions in Moscow which resulted in a stunning border closure and its aftermath.