A Gentleman in Moscow by Amor Towles is a fictional, award-winning book about a Russian Count who has been subjected to live his life in a hotel. Mr. Towels is a published writer and best-selling author, this is his second novel. 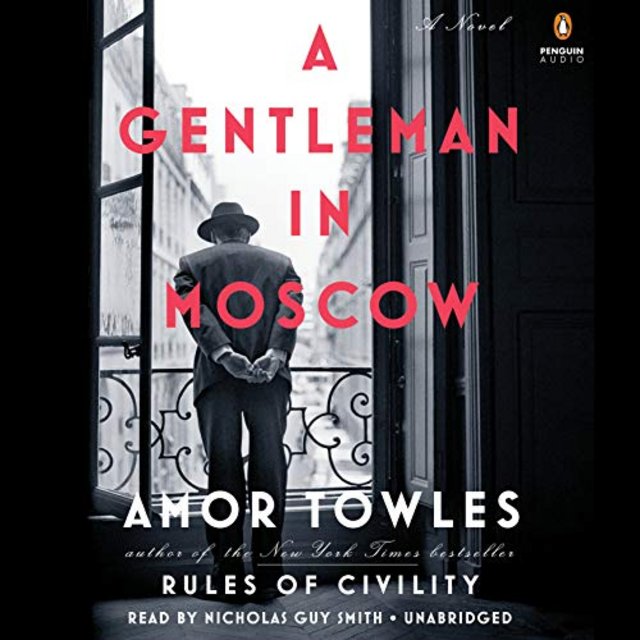 I had no idea what to expect from A Gentleman in Moscow by Amor Towles. The synopsis itself was fascinating, but I had experience reading such books and they could quickly get bogged down.

Nevertheless, Mr. Towels managed to write a beautiful novel about friendship, parenthood, and making the best out of one’s hopeless situation. While the story is engaging, the novel’s strength is its characters and their relationships.

Count Rostov is a moral man, which begs to question how he survived that long. He is a friendly man, nonetheless, and befriends a thief, a movie star, and a lonely 9-year-old girl. As well as hotel guest, the Count also befriends hotel workers, and even consulates a military man to understand the West better.

The author brings the characters to life, each one with their own idiosyncrasies, personality, and humor. The Metropol Hotel is its own character in the book, with hidden staircases, each room with its own history and secrets.

I also very much enjoyed the study of Russian psyche and culture. The Count sees the world change from his limited view in the hotel. Ironically, that window also happen to be a front row seat to history in the making.

The novel was a pleasure to listen to, and I’m sure it will be a pleasure to read as well. As an added bonus, Rostov is a big fan of Russian literature.
And who doesn’t love books about books?

Surprisingly, I enjoyed the story much more than I thought I would. Nicholas Guy Smith, the narrator of this audiobook, manages to bring across the unique personalities of the story.

Count Alexander Rostov, a Russian aristocrat, has been deemed a “non-person” by a Bolshevik tribunal. Hence, he is sentenced to house arrest in the Metropol hotel, right across from the Kremlin.

Count Rostov makes the best of his life as Russian history unfolds right outside his door, and in the magnificent hotel. The circumstances the Count founds himself in open more doors than ones which were closed.

Zohar — Man of la Book
Dis­claimer: I bought this book through an Audible.com membership.
*Ama­zon links point to an affil­i­ate account

A Gentleman in Moscow by Amor Towles