The Jewish World of Alexander Hamilton by Andrew Porwancher follows through the life of the America’s Founding Father, debunking myths about his origin. Mr. Porwancher is an Associate Professor of Constitutional Studies at the University to Oklahoma, and a published author. 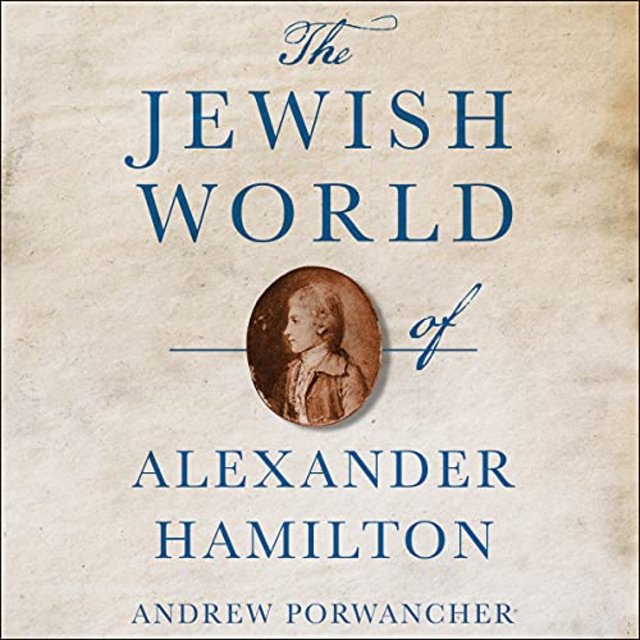 I first heard about this book when talking to the guide visiting James Madison’s Montpelier. It sounded right up my alley, so when I got home I immediately purchased it.

The author’s conclusion is that Alexander Hamilton has been, most likely, was born and raised Jewish. Mr. Porwancher has managed to dispel assumptions about Hamilton’s childhood in the Caribbean, did away with assumptions, as well as came away with very interesting deductions. Hamilton’s mother, Rachel Faucette, married Johann Michael Levine, a Jewish man. The author is sure that Rachel have converted, as was the law on the Danish colony of St. Croix. Rachel fled to the island of Nevis where she met James Hamilton, Alexander’s father. Being that Rachel was Jewish, Alexander was Jewish as well according to Jewish law.

The Jewish World of Alexander Hamilton by Andrew Porwancher is a fascinating book, rich in detail and history. The rise of Hamilton, a “bastard, orphan, son of a whore” as we all know, in a hereditary hierarchy is a testament to his character, resilience, and intelligence.

From Hamilton’s childhood records, it can be deduced that he was born into a Jewish family, and raised in a Jewish manner, including going to a Jewish school and being versed in Hebrew.  This aspect of his life and education gave him a different perspective than the others Founding Fathers, and helped him in his career. Hamilton’s oblivious relationship with religion throughout his life, even though he married the very devout Betsey Hamilton, might also be a clue.

The author talks of a society in which equality meant being a land-owning Christian white man. Anti-Semitic sentiment the certainly the norm, not the exception. The Jewish history of early America is fascinating, and while not the focus of the book, I found it to be one of the more interesting parts of the book.

The book is well-written. Every claim is backed up by rigorous historical records. The narration by George Newbern is clear and very easy to listen to.

The Jewish World of Alexander Hamilton by Andrew Porwancher