The Unfamiliar Garden by Benjamin Percy is the second book in The Comet Cycle series, taking place on Earth after a comet fell and changed nature itself. Mr. Percy is an award-winning published author, and a writer of fiction and non-fiction articles, as well as comic books. 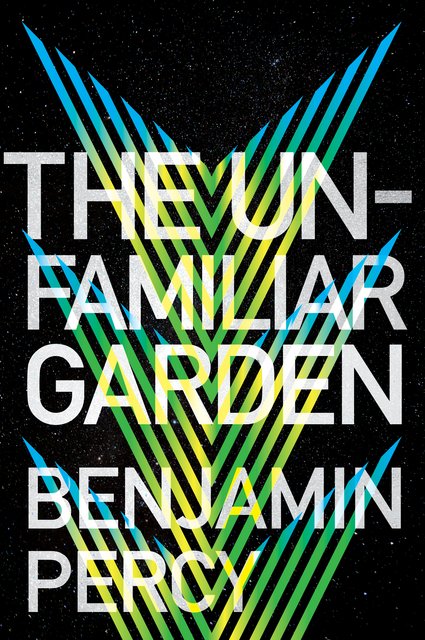 I really enjoyed the first book in the series, The Ninth Metal, as well as other works by Mr. Percy, so I was on the lookout for either the second book, or other works. I was not disappointed, The Unfamiliar Garden by Benjamin Percy is well written, inventive, and the narrative is tight.

The book moves fast, following Nora, Jack and three or four other characters. The focus of the book is not the characters per se, but certainly the nightmarish discovery of a parasitic fungus.

While this novel takes place in the same universe as the first, it is not a continuation, but rather a standalone novel. There is at least one character that shows up in both, but it’s only as a minor cameo.

While this novel could certainly classify as a horror novel, I found it to be less scary and more of a science-fiction thriller. I’m glad because horror is not a genre I enjoy in any medium – so maybe my brain just shut it out. Regardless, if this novel would have been advertised as horror, I probably wouldn’t have read it to begin with, but I’m glad I did.

The novel is both grounded, and tragic, as well as getting more and more weird as it goes along. Puget Sound becomes a world of its own navigated by the tough Nora, and her geek ex-husband, a university professor who gave up on his personal life, as well as professional career.

I especially enjoyed the aspect of the story about how our fragile world could change on levels we can’t comprehend. This is a well thought out, plotted novel, the whole series is remarkable, so far.

When a comet fell to Earth, it introduced a new metal, and new bacteria to the ecosystem. In Seattle, the daughter of Jack and Nora Abernathy, Mia, disappeared with no trace. This, eventually, ruined the marriage of the fungus biologist (Jack) and police detective (Nora).

Five years later, it started raining again in Seattle, and a sudden grown of a parasitic fungus keeps Jack busy. Meanwhile, Nora is pursuing a mass murder, when they discover that their investigations connect.

The Unfamiliar Garden by Benjamin