Welcome to another edition of Tightwad Tuesday. If you follow this blog you know I read many books on World War II – so here are some selections I found for the Kindle and the nook on this topic.

The Miracle of Stalag 8A (Stalag VIII-A) – Beauty Beyond the Horror: Olivier Messiaen and the Quartet for the End of Time
by John William McMullen

The enigmatic Messiaen, an avant-garde composer and also a devout Catholic, along with Etienne Pasquier, an agnostic cellist, Henri Akoka, a Jewish Trotskyite Clarinetist, and Jean le Boulaire, an atheistic violinist, become the famous quartet of Stalag 8A. These four very different men collaborated to create musical history in the most unlikely of places. Messiaen’s Quartet, composed in a Stalag, transforms man’s inhumanity to man with hope.

Yet to the avant-garde, he was too traditional and too religious; to the traditionalists and religious, he was too avant-garde. As a result he will always stand somewhere outside of Time. The first performance of the Quartet for the End of Time at Stalag 8A in January 1941 has become, in the words of Paul Griffiths, “one of the great stories of twentieth-century music”. – From the Publisher

They Were All Young Kids: The story of Lieutenant Jim Flowers and the first platoon, Company C, 712th Tank Battalion, on Hill 122
by Aaron Elson

On 10 July, 1944, four Sherman tanks went to the aid of an infantry battalion that was surrounded at the top of Hill 122 in Normandy by elite German paratroopers. The plan was for the tanks to create a path through the almost jungle-like tangle of trees and shrubbery and for a company of infantry to follow close behind, creating an opening that would let the rest of the battalion break out.
The plan seemed to be working as the tanks crashed through the German defenses on the steep front slope of the hill. At the bottom, the tanks crossed a road, climbed over a hedgerow, crossed a field, climbed another hedgerow and kept on going.
It was late in the afternoon when the first shell struck Lieutenant Jim Flowers’ tank and caromed off, with a sound he would compare to “a big bell ringing.” Within moments, all four tanks were knocked out, three of them burning fiercely. Nine of the 20 crew members were killed, several wounded, and two both wounded and captured. For Flowers and his gunner, Jim Rothschadl, their ordeal was just beginning.
This is the story of that battle as told by Flowers and several of the surviving members of his platoon.

The Bloody Battle Of Suribachi by Richard Wheeler

The classic first-hand WWII narrative that chronicles the Marines’ savage five-day struggle to wrest Mount Suribachi from its tenacious Japanese defenders during their 35 day battle for Iwo Jima in 1945. Revised with a new introduction by the author and recently discovered photos, this book served as invaluable source material both for James Bradley’s bestseller Flags of Our Fathers as well as Clint Eastwood’s acclaimed film of the same name. 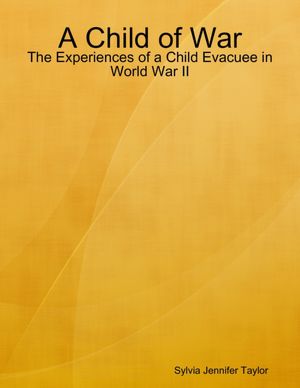 A Child of War: The Experiences of a Child Evacuee in World War II
by Sylvia Jennifer Taylor

This book gives a first hand account of the experiences of a UK child evacuee in World War II. 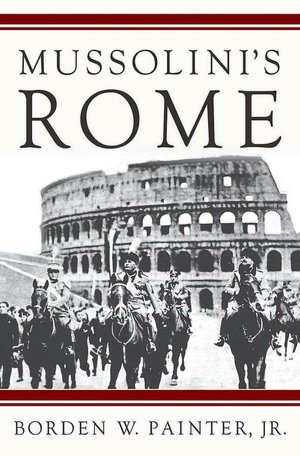 After coming to power in 1922, Mussolini spent two decades rebuilding Rome as the foremost site and symbol of the new fascist order. Through an ambitious program of demolition and construction, he sought to make Rome a capital that both embraced modernity while preserving and glorifying the city’s ancient past. This intriguing book reveals Mussolini’s tremendous and lasting impact on the city to which millions flock each year. 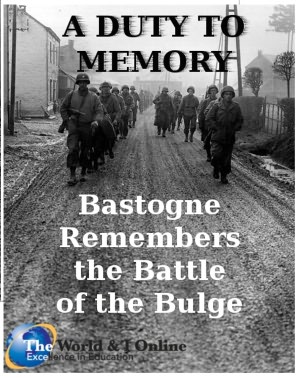 A Duty to Memory: Bastogne Remembers the Battle of the Bulge
by Stephen Osmond,Benjamin Swiatek (Editor)

The World & I Online presents a stirring essay that juxtaposes modern life in the small town of Bastogne with memories of its unlikely history as the site of one of the bloodiest battles in World War II.