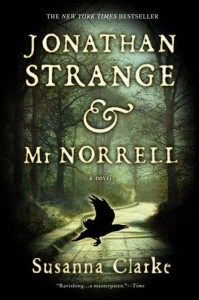 Thoughts:
I usually don’t read books about magic, but when Neil Gaiman, one of my favorite authors, recommended Jonathan Strange & Mr. Norrell by Susanna Clarke, which was on sale for the day, I grabbed it up immediately.

The novel surprised me. It was excellent, funny and imaginative yet not crossing into the land of unpronounceable names, fantastic creatures and geography so convoluted my simple mind cannot process it.

As in any interesting book, this one also has layers which allow the reader to think about and explore. Jealousy, friendship, envy, love, arrogance and, of course, redemption are all touched upon by this most interesting book.

The way Ms. Clarke has recreated England was, to me, one of the highlights of the book. In a style reminiscent of Mr. Gaiman she describes, with wit and clarity, seedy parlors, streets, buildings and houses both of rich and poor. The characterization of people within the story is brilliant, often funny and able to create an image.

“The walls of the parlour were ornamented with cheap engravings – portraits of famous criminals of the last century who had all been hanged and portraits of the King’s dissolute sons who had not been hanged yet.”

The story is told by an anonymous narrator who is writing a history book about Jonathan Strange and Mr. Norrell, complete with footnotes and annotations. The footnotes were some of my favorite parts of the book even though they add very little to the story, however they bring the book to a whole new level and add several dimensions to it. Full of historical references, stories and brief characterizations these footnotes are a delight.

Books in a similar vein:
The Gates by John Connolly
Odd and the Frost Giants by Neil Gaiman
The Shadow of the Wind by Carlos Ruiz Zafón
We, The Drowned by Carsten Jensen
Suddenly in the Depths of the Forest by Amos Oz

So tell me, have you read any good books about magic?

Synopsis:
English magicians, once world renowned, are stagnant in the 1800s and have lost their ability to perform magic. However, the reclusive Mr. Norrell of Hurtfew Abbey in Yorkshire has been collecting old and forgotten English magic books.

Raising a woman from the dead, Mr. Norrell soon finds himself at the service of the government fighting the French. Everything turns on its head when the handsome and charming Jonathan Strange, a rival magician, appears. Strange makes a name for himself during a campaign with Lord Wellington. However it is soon obvious that Jonathan Strange and Mr. Norrell’s idea of what exactly “magic” is or ought to be are very different.

BOOK BLOGGERS – Have you read Jonathan Strange & Mr. Norrell? If so link up your review below: 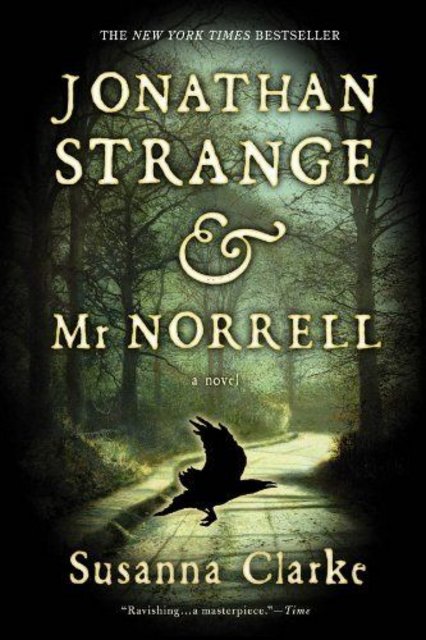