Enemies: A History of the FBI by Tim Weiner is a non-fiction book which tells of the 100 year history of the famous organization. Mr. Weiner is a Pulitzer Prize winning author and a former New York Times reporter who wrote largely about American security. 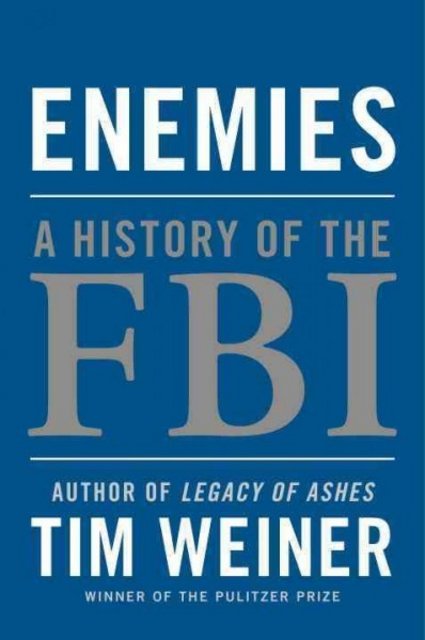 My rating for Enemies: A History of the FBI – 5
Buy this book in paper or electronic format
More Books by Tim Weiner

Enemies: A History of the FBI by Tim Weiner is a fascinating book and an excellent treatment of what basically amounts to domestic spying. In his research, Mr. Weiner invoked the words of the Founding Fathers that we must be vigilant; buy not compromise our civil liberties in the process. In this treatment, with each President of either major party, this compromise is constantly tested with J. Edgar Hoover playing a major role.

The book is divided into four parts: Spies and Saboteurs, World War, Cold War, and War on Terror. Each part spotlights on the main focus of the FBI during those times from Communism, to spies to political espionage and terrorism.

Enemies: A History of the FBI by Tim Weiner