“The Oracle of Stamboul” by Michael David Lukas (Website) is a fictional book which follows the early years of a child who is thought to be the fulfillment of a prophecy. This is Mr. Lukas’ first effort and it certainly shows promise. 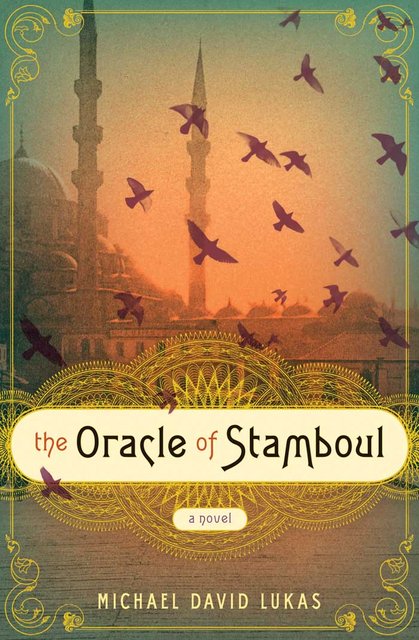 “The Oracle of Stamboul” by Michael David Lukas is a different type of book where the story takes second place to the story telling. The city of Stamboul (Istanbul) takes a very active role in the book while the author describes the vividness and sharp backdrop of the city. Buy The Oracle of Stamboul  from Amazon.com*
More Books by Michael David Lukas*

Summer of 1877 was a hot one in Constanta when a flock of purple and white hoopoe birds appear as the cavalry of Tsar Alexander descend on the city. The hoopoes are part of a prophecy which would usher in a child to bring back the equilibrium for a world in turmoil. The child is Eleonora Cohen, daughter of Yakob, whose mother dies at birth despite two Tartar midwives who arrive minutes before the birth.

The Oracle of Stamboul by Michael David Lukas