About:
The Gendarme by Mark T. Mustian is a novel about the Armenian genocide of 1915. The events take place during World War I, when the Turks deported Armenians into Syria – an explosion which is seen everywhere but turkey as an act of genocide. 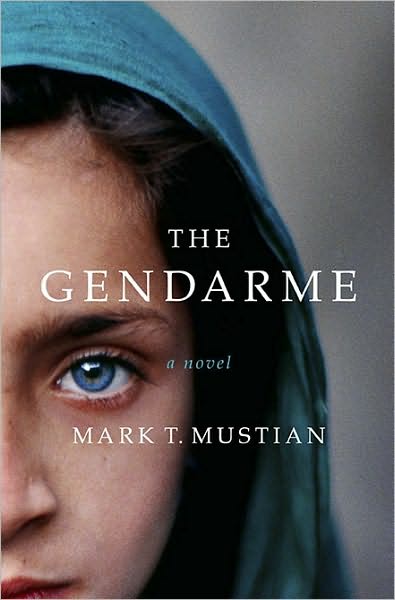 My rating for The Gendarme – 5

Thoughts:
The Gendarme by Mark T. Mustian comes off from an interesting point of view, an old soldier – a Gendarme – feels remorse about acts he committed during World War I. after being diagnosed with a terminal brain tumor, the protagonist goes looking for a woman he saved, trying to find out what happened to her.

The protagonist is a Turkish soldier, during a battle he was mistaken for an English trooper, sent to the hospital and married an American nurse. He also lost his memory.

As the 92 year old man starts remembering some of the horrors he inflicted on others, he must find what happened to the girl he loved, and still loves, so he can give rest to his conscious and his dreams. The author takes a good look at a tortured soul, a man who did things he knew were wrong and is now trying to make a little amend, trying to figure out if the life he saved made a difference.

It is refreshing to read a story from the aggressor’s point of view, usually we get a sore look from the victim’s eyes. This aggressor, however, is justifying his acts, however horrendous. In war and under pressure, as well as mob mentality, regular people commit atrocities which weeks or even days before were unthinkable to them.

While it’s not the author’s main point, he does insert many shades of grey into his story. We get to know a man who we would otherwise consider a war criminal. We follow his trials, tribulations, his relationship with his daughters, his troubled grandson, his dead wife and his long lost love which he gave up a lot for but still doesn’t exactly know why? Maybe to save a shade of humanity which is lost during such times.

This book works on many levels, historical and emotional, it analyzes regret, forgiveness and how our perception changes with the environment and overtime. A well written novel about an overlooked genocide and the human experience.

Synopsis:
Emmett Conn, born Ahmet Kahn, is 92 and suffers from a brain tumor and the ailments of old age. In his dreams, Emmett is hunted by a girl he saved while participating in what is to become the Armenian genocide of 1915.

Even though his family thinks him unstable, Emmett tries to find out what happened to the girl who is one of 65 survivors he was in charge of marching out of Turkey – 65 out of 2,000.

Zohar – Man of la Book
Disclaimer: I won this book in a contest
*Amazon links point to affiliate account