Spotlight feature:
Al Shabah: An Assassin’s Story takes readers into the heart and heat of the Lebanese Civil War (1975–1990).

The story starts with a ten year old Paul as Bassam, a terrorist known as “Yellow Eyes”, overtakes Paul’s small hometown in the Bekaa Valley, killing his brother and sister in front of him. This forces Paul to take an oath: To grow up and find the yellow-eyed shooter—a man who soon becomes the charismatic leader of a jihadist group destroying his home country. 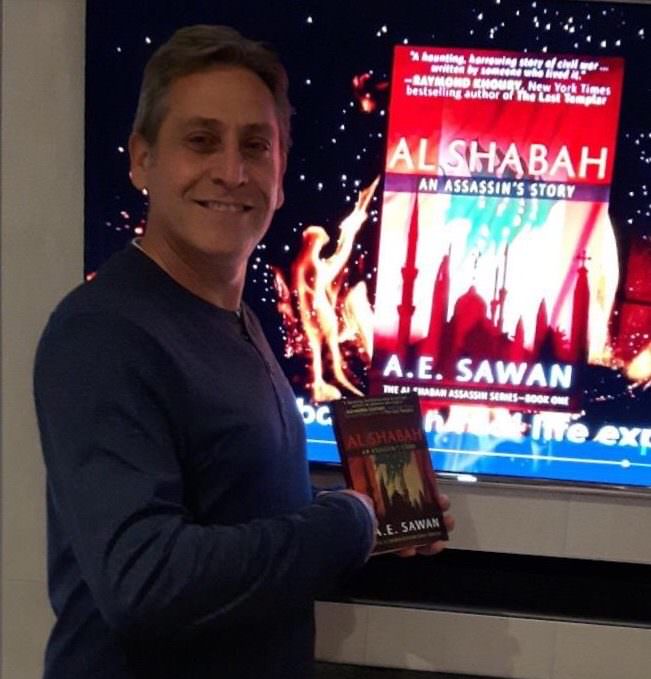 As Paul watches Bassam recruit and head his own group of fighters and suicide bombers, Paul is forced into military action as a teenager.  Paul fights for the Lebanese Forces to protect the innocent families caught up in a war disguised as a fight for religion, but is actually about gaining control and greed for a few selected powerful figures in the Middle East.

Realizing that the foot soldiers are expendable fodder for poorly trained military leaders, Paul joins counter-terrorist operations to fight against Bassam, training in Israel with the Mossad and Kidon. Paul and Bassam cross paths as Paul is sent out on dangerous missions, only to come face-to-face in a final showdown—a showdown only one will survive.

“The war in Lebanon has been almost forgotten,” says author A.E. Sawan. “But what happened in Lebanon is being repeated today in Iraq, Syria, and Libya. Drive-by shootings, suicide bombings, the bombing of civilians—all these things were developed and perfected in Lebanon. ISIS did not come out of nowhere. And that’s what I wanted to capture in my book.”

About the author:
A.E. Sawan was born into a Christian family on the outskirts of Zahle in Lebanon’s Bekaa Valley. By the age of 12, he and his family had been forced to move five different times because of the country’s shattering civil war (1975 to 1990). Detained and tortured on several occasions by both the Syrian Army and the Palestinian Liberation Army (PLO), he eventually became a counter-terrorist operative specializing in diffusing bombs. Having survived the war, he severed his connections to violence and left Lebanon for Canada.