“The Scarlet Pimpernel” By Baroness Emmuska Orczy is a fictional story taking place during the Reign of Terror in the French Revolution. This is the first, and most famous, in a series of novels about The League of the Scarlet Pimpernel. 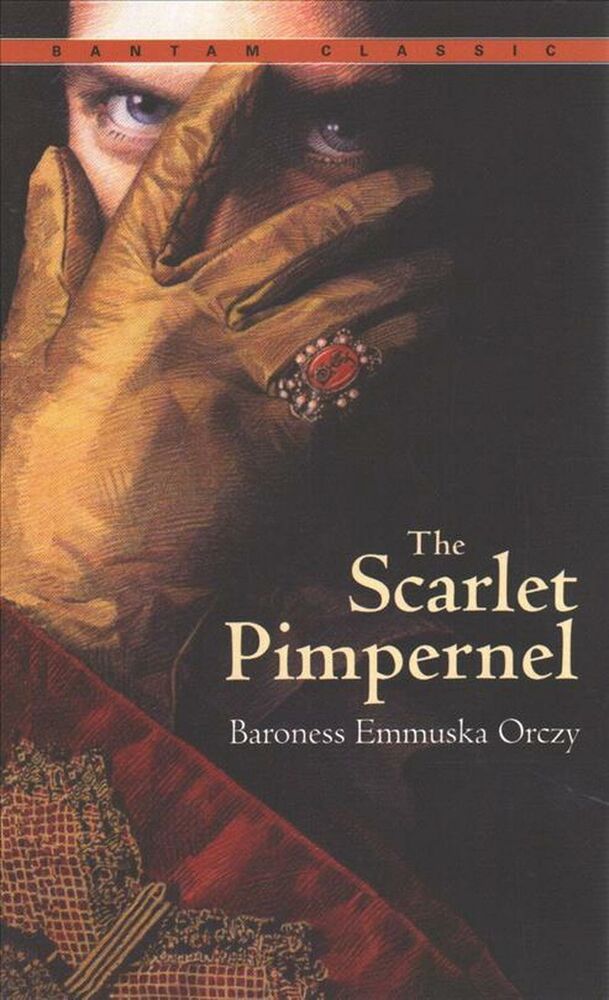 “The Scarlet Pimpernel” By Baroness Emmuska Orczy is a relatively short book, however it is packed with intrigue and action. While I never read the book, I do remember seeing a black and white version of it when I was a child.

Especially embedded in my memory is the catchy phrase:
“We seek him here, we seek him there,
Those Frenchies seek him everywhere.
Is he in heaven?—Is he in hell?
That demmed, elusive Pimpernel.”

Two things struck me when I read the book – the main character and the author’s politics.
As I found out when I re-read “Treasure Island” (book review), another childhood favorite, the story is not about Sir Percy Blakeney or his alter ego The Scarlet Pimpernel. The story is about Blakeney’s wife, a beautiful, sultry, and smart French actress named Marguerite St. Just or Lady Marguerite Blakeney. Most of the story is told through Lady Blakeney’s eyes, the efforts to save her brother and deal with her dandy husband.

The author’s politics and sympathies are clearly with the upper class. Those who learned about the French Revolution usually learn it from the people’s point of view. However, in this story “the people” are the bad guys, trying to kill off the honest and likable upper class.

The mystery in the book, which is The Scarlet Pimpernel, is weak. Even if I didn’t know from the beginning, I would have guessed who it was before I was a quarter done.

I would not classify this book as historical fiction, Baroness Orczy clearly erred to the side of a spinning a good yarn, instead of historical accuracy. The author peppers some historical figures in this fictional story; however, it does not make up for the skewed timeline. 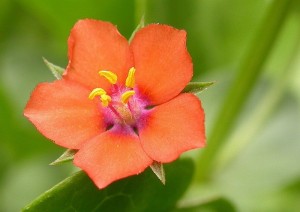 It is 1792, the French Revolution has just begun and Madame Guillotine is working overtime to keep up with demand. Marguerite St. Just, a beautiful French woman is the wife of the dandy and wealthy Englishman Sir Percy Blakeney.
The “League of the Scarlet Pimpernel” is becoming famous for rescuing French noblemen from certain death in creative and daring ways. A large bounty is placed on the head of their mysterious leader.

Attending a party, Marguerite is blackmailed by Citizen Chauvelin, the crafty French envoy to England. Chauvelin offers to trade her brother’s life for that of the Scarlet Pimpernel. Later that night Marguerite confides in her husband about her dilemma and Percy promises to save her brother.

Zohar – Man of la Book
Disclaimer – I got this book for free as it is out of copyright protection.
*Ama­zon links point to an affil­i­ate account, the money is usually spent on books

BOOK BLOGGERS – Have you read “The Scarlet Pimpernel”? If so link up your review below: