“No Less Than Victory: A Novel of World War II” by Jeff Shaara (web­site) is a his­tor­i­cal fic­tion book which blends his­tor­i­cal char­ac­ters, fact and fic­tion into a read­able story. The book is the third of a series about World War II. 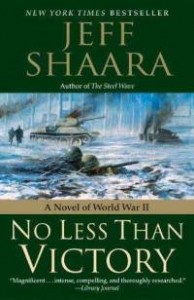 I thought: No Less Than Victory” by Jeff Shaara was the best of the series. This is the third book of a tril­ogy by the author, the first being “The Ris­ing Tide” (book review) and the second being “The Steel Wave” (book review)  of this his­tor­i­cal fic­tion series.

Buy No Less Than Victory from Amazon.com*
More Books by Jeff Shaara*

No Less Than Victory: A Novel of World War II by Jeff Shaara 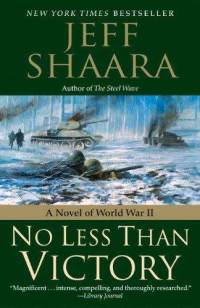