We made a micro-loan, our first in Mexico to the Familia Capilla De San Jorge Group. 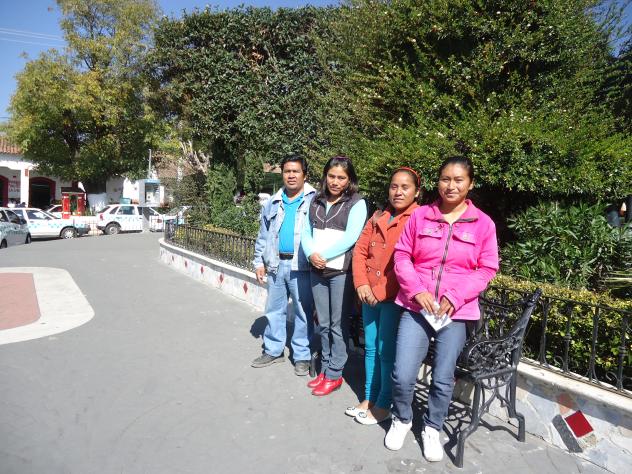 Don Roberto is a very content person, industrious and always concerned with the welfare of his family. He is 37, and has been married to his wife, Señora Jacqueline, for 17 years. The couple has five children, who all attend school.

Roberto is the son of bakers, and from an early age was always working with the oven and firewood, and mixing sugar, flour, and other ingredients. He set up his own bakery when he started a family. Roberto had nothing back then, but his father provided an oven, some pans, and a small space where Roberto could begin selling bread at markets. Roberto worked diligently and within six months had returned everything his father had lent him. His business was off to a strong start, and in just a year he was selling bread at two markets. He now has spaces at four markets, each staffed by two employees.

Don Roberto is very pleased that he’s able to provide jobs to a small group of people. But he still needs to be away from home for several days at a time, preparing to meet the demand from customers at the markets. Roberto takes advantage of these busy periods to boost his income, and is fortunate that the family can take vacations together.

The only problem for Roberto is competition at the various markets where he sells his bread. He observed, “There are many bakers and it’s tough to achieve good sales. Our years of experience and the great taste of our bread is what sets us apart from the competition.” Roberto’s grandparents had a wood-fired oven in their home, and their bread had a distinct taste. Bakers today use gas-fired ovens at the market site, and the flavor of their bread has changed. But Don Roberto has always striven to preserve the distinct flavor that has become a family tradition.

Roberto plans to use the funds from this loan to purchase flour, eggs, yeast, sugar, and other ingredients so he can sustain his market bakeries and achieve his goal: expanding the business and providing for his children, who want to study and prepare for professional careers. The oldest son is studying dentistry, while one of his younger brothers plans to be a doctor. One of Roberto’s daughters wants to be a flight attendant, while the other girl hasn’t yet decided on a career. Only the youngest child says he wants to follow his father’s example and take over the bakery business.