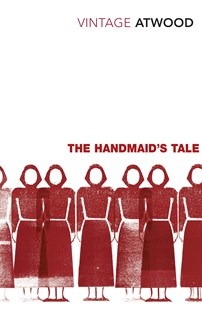 The Handmaid’s Tale is a book that tells us about a handmaid in the Republic of Galahad. This Republic was formed in the place of the current United States of America. As in Aldous Huxley’s book, O Brave New World, it is based on religion. A group of Christian radicals destroyed the government and the Senate, and then against the backdrop of the fight against terrorism, significantly limited the rights of people. First, these affected women, who were now forbidden to have their funds, were forbidden to learn, and even just read. Soon women became housekeepers who had no right to work and had only to follow the instructions of their husband. It was possible to do this in part because many women and men became fruitless, and the struggle for childbirth became the main idea of ​​the new government.

This idea was embodied in the creation of individual centers, where all women capable of having a child were forced to become a servant. The purpose of the servant is to have children and give them to the families of the new rulers of the state – the commanders. For these purposes, the maidservants were not only forced to renounce their past life but also deprived of their name. Therefore, our main character, Margaret Atwood’s book “The Handmaid’s Tale,” became Fredova. It is a derivative on behalf of the commander for whom it was secured – Fred. The life, humiliation, resistance, and fears of this woman became the basis of the book.

As for the book “The Handmaid’s Tale” by Margaret Atwood, they are quite different. First, it concerns the belief in the realism of the world described in it. It seems to one reader that the world is not thought out and is not realistic, and therefore, the novel itself is unfounded. Others believe that the events described in Atwood’s book, Atwood, may well occur in any country of our world. As for the reviews on the book itself, its plot captures, and the language of the narrative does not allow coming off to the last page. In this regard, “The Handmaid’s Tale” is sure to buy a book for all fans of modern prose with elements of fiction.

Melisa Marzett is a freelance writer who is currently working for http://www.essay-editor.net and as every writer is fond of reading. Apart from reading, she enjoys physical activities and sports. She likes swimming, scuba diving, gymnastics, and fitness. She tries to eat healthy, doing morning run, and practices yoga.