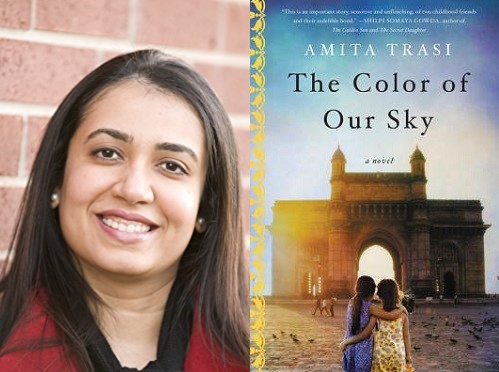 India, the late 1980s. Mukta is still very small but has almost reached the age when she must go through the ceremony, devote herself to the goddess Yellamma, as all women in her family did, and become a temple prostitute, a delight for men. In an attempt to escape fate, Mukta finds herself in Bombay, in the service of a prosperous family. In her new life, she has not only safety but also Tara, a friend and named sister who introduces her to the unknown world: ice cream and poems, midnight conversations and books. However, on one fateful night, Mukta was kidnapped.

The 2000s. More than ten years have passed since the disappearance of Mukta. Tara has long been living in America, but memories do not let her go, she blames herself for what happened. Every day lived for her is painted with sadness and once she decides – she returns to India to find Mukta, to find out the secrets of her family and redeem her long-standing deed. The emotional, dramatic, and optimistic story of the two girls evokes the famous novel The Kite Runner by Khaled Hosseini. It seems that centuries-old traditions and a social abyss between them, but friendship, love and the desire to atone for guilt help them to maintain hope and overcome the impossible predetermine the fate of Mukta and Tara. The heartbreaking story of love, betrayal, atonement, forgiveness, and above all, about hope, which helps survive even on edge.

One Hundred and One Books is a great debut. An insight into the very essence of the realities of modern India. One of the best books of the year. According to Kirkus Reviews, for a less talented and skilled author, this story could be too large and complicated. However, Amita Trasi has a two-voice tale, moving from the past to the present and vice versa is dense, emotional, and resonates in you, even when the book has long been read. Modern India, the history of female lawlessness, childish betrayal and its atonement, there is a lot of everything. According to Library Journal, a delicate weave of friendship, femininity, and hope sets off Amita Trasi’s debut novel. Drawing on her childhood in Mumbai, Trasi wrote a classic, bitter, and affectionate book about tragedy and traditions. According to Publisher Weekly, the very personal, sympathetic, and hopeful story of young Mukta in all the ugliness reveals the harsh realities of modern India, where a woman is still a slave. The alternating stories of two friends about friendship, loyalty, and self-denial make you fall in love with these so different girls.

Amita Trasi was born and raised in Mumbai, India. Having received a master’s degree in personnel management, she has worked with various international corporations for more than seven years. She had to regularly travel to different countries, immerse herself in their history and culture. During her trips, she was faced with the modern slave trade, since then she has been involved in the work of organizations that fight human trafficking. She now lives in Houston, Texas, with her husband and two cats. The Color of Our Sky is her debut novel. 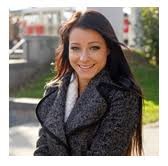 Melisa Marzett is a writer herself who is currently freelancing for www.essay-editor.net/, and as a woman, she admires other female authors. She believes that women should be equal with men in everything and can be as good as they are in things, which are considered to be men`s business only. Apart from writing, she is interested in sport, technologies, literature, movies and is crazy about shoes. Well, there is got to be something girlish!

Article Name
Guest Post: The Color of Our Sky by Amita Trasi
Description
ndia, the late 1980s. Mukta is still very small but has almost reached the age when she must go through the ceremony, devote herself to the goddess Yellamma, as all women in her family did, and become a temple prostitute, a delight for men
Author
Melisa Marzett
Publisher Name
Man of la Book - A Bookish Blog
Publisher Logo