Hello! Welcome to my guest blog! My name is D. Ray Thomas and I hope this blog will make you laugh, make you cry, and help you understand why I’m no longer allowed in public. I joke! I can go out at night. Between 3 and 4AM. With my caretaker. As long as I’ve taken my meds. And I’m dressed. Like, all the way dressed.

That was a sticking point for a while. 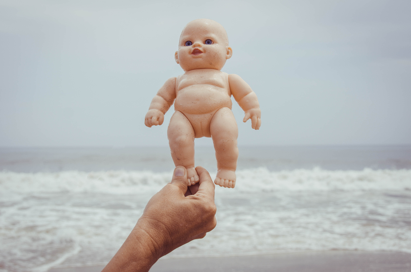 Photo by Jerry Kiesewetter on Unsplash

And now for a musical interlude: 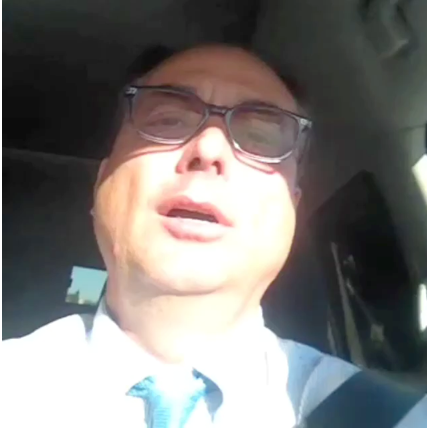 I was also told, “Use your humor.”

The cadence of the statement was the same as “Use your words.” Maybe I shouldn’t complain. I’m the one that didn’t understand about a guest blog in the first place, right?

I guess I should tell you a little bit about myself. I do have an official bio. Wanna read it? Okay, here it is:

Welcome to my bio that is perfect for a promotion packet both in length and content. From here on out I will speak of myself in the 3rd person.

D. Ray Thomas has written for most of his life and is now living his dream by writing the Take It Back stories. The series features part Robin Hood, part vigilante, Douglas Gage.

Ray’s love for the written word has shown itself in various forms. From years of performing his own material as a standup comic, to writing for television, and to ultimately writing stories in his favorite genre.

You can have an informed conversation with Ray about Broadway Musicals as well as all things baseball.

Ray now resides in Los Angeles, CA with his wife in a house run by their six cats. He hopes you enjoy reading his books as much as he does writing them.

Let me talk about my book series for a minute ‘cause I was told to do that too.

And no, my mom did not write that.

Here are blurbs from real reviews: 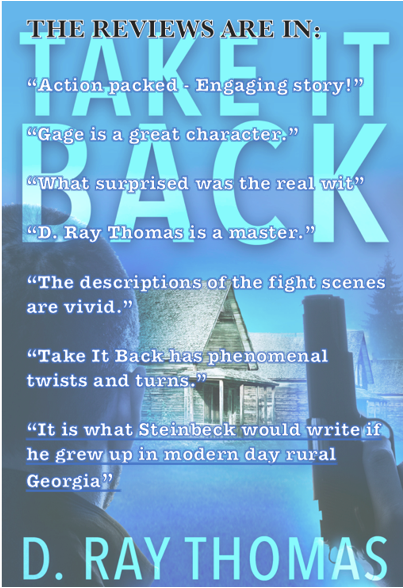 Those are pretty cool, huh? Especially the Steinbeck one. That actually brought a tear to my eye. Like, a real tear. Not like when somebody pinches my nipple.

And it usually costs an extra fifty bucks for that anyway.

The Take It Back series came from me feeling like I had no control over my life. Anyone else been starting to feel that way the last ten years or so? Especially when everything fell apart after the housing crisis and the stock market crash in like 2008. I got so angry when those Wall Street assholes didn’t get punished at all. They got bailouts, and bigger bonuses. Even though they ruined lives, took lives, destroyed lives, and basically said they didn’t give a shit about anybody that didn’t make a billion dollars a year like they did. We’re the 99%, but we got 100% fucked.

Douglas Gage is my answer to all that. Gage runs into these rich guys, or people like them, and he’s able to do something about those assholes. First Gage gets back any money or whatever they took from the innocent person, and then he shoots them in the face.

I couldn’t go out and do that in the real world. I mean, I have all the names of those Wall Street assholes. The rich shits that screwed up everything with the housing market and the stock market. Those fuckers knew full well what they were doing. They knew what the consequences were going to be for innocent people. Like I said before, I have every one of their names. You could have the names too. You just have to Google it. But I can’t just walk up to them and shoot them on the street.

Though that has been debated.

You might want to refer back to the beginning of this piece when I talk about learning the reason I can’t go out in public anymore.

I say, “Agree to disagree.”

I hope you will get them. And I hope you think they’re great.

And next time you see a guy in shackles, dressed, being led by his Caretaker through your local WalMart, come up and say hi. And knock down the Caretaker, and I’ll get the key to the shackles, and me and you will go out into the world together and fuck shit up!

There are four books in the Take It Back series:

If you liked this guest blog, you can check out my daily blog at:

Or check this other stuff: