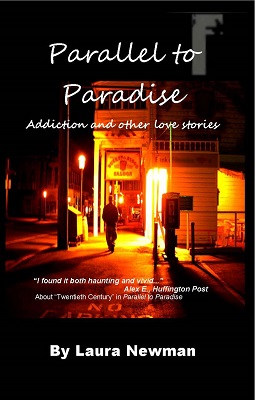 May is short story month, so in honor of the short story let me introduce debut author Laura Newman. PARALLEL TO PARADISE is a collection of fourteen short stories, all stand-alone, and can be read in any order at any time. The writing is descriptive and vivid. Each character is well-crafted. It seems as if I was looking at a snapshot of each person, at times I wondered, were these actual people? I almost thought I was reading fourteen short memoirs. But, that is what we look for when introduced to new characters, as my friend and fellow writer D.L. Whitehead says, “Your characters need to walk, talk, eat, breathe and bleed.” He is a horror writer, so hence the bleed part. Ms. Newman’s characters definitely walk, talk, and breathe off the written page, and sometimes they do indeed bleed. (The Little Beast, Twentieth Century).

The common thread running through each storyline is how the protagonists deal with the problems and complications of their lives, which are sometimes messy and not-so-nice. But, cope they must. We are introduced to people with addictions (Needle and Thread), some in abusive relationships, alternative lifestyles (Red Eye), and in another, a young mother copes with a miscarriage. What I appreciate about Ms. Newman’s style of writing is that none of these issues are exploited or gratuitous; they are simple, and forthright, without being melodramatic, or artificial.

Laura’s stories are set in Northern and Southern Nevada, Wisconsin, Oregon, Iowa, and California.  I thought some of the stories could be expanded to novel length. One such is Graveyard, a coming of age drama set in Iowa. It resonated with me and I wanted it to be longer. Another standout story is about a World War Two veteran (Silver) who looks back on his life as a pilot during the war. Through his eyes we are introduced to his best friend from childhood and war buddy, the people of his town, and his future wife. Another favorite is Burning Man. Set in the Black Rock Desert, it centers on the famous Burning Man event. Although I’ve never been to this event, and really have no desire to do so, I liked getting a private peek at what goes on out there in the Nevada desert.  The last story in the collection is my least favorite in writing style (Alabaster Circle). Told in the first person by a 90-year-old mid-Westerner, the woman’s dialect distracts from an otherwise fascinating tale, which could be expanded to novel length as well. Alabaster Circle held my attention. I found it to be in-depth, insightful, and honest.

There were some copy editing issues in my edition, but I believe those have been worked out in subsequent printings. There is some present/past tense switching back and forth without reason, and minor misspellings. Overall the writing shines. Laura’s comparisons are fresh, enlightening, and at times lyrical. I look forward to more from this outstanding new author, and recommend PARALLEL TO PARADISE to anyone looking for a unique and fresh perspective in short stories.

PARALLEL TO PARADISE can be purchased from the publisher, LeRue Press at www.leruepress.com, Amazon.com as a paperback or Kindle, and Google Play books. 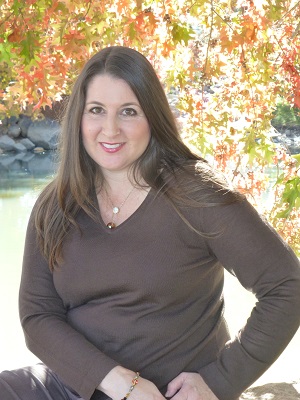 About April Voytko Kempler: Born in Southern California, April currently resides in her “adopted” city of Reno, Nevada. She lives with her husband, who doubles as her editor-in-chief. April Kempler’s first book titled THE ALTERED I: MEMOIR OF JOSEPH KEMPLER, HOLOCAUST SURVIVOR, is a first-person narrative about how her father-in-law survived six different concentration camps during the Holocaust. April loves reading, a habit she picked up as a child. Instead of playing with the other kids, she could be found with her nose in a book.  She reads a variety of genres, but is especially drawn to historical fiction.

Book Blurb: Joseph Kempler is eleven years old in 1939, when World War II begins. German soldiers have invaded his hometown of Krakow, Poland. Forced with his family to leave their home, business, and belongings, Joseph embarks upon an adventure that will change his life forever. Joseph survives six concentration camps, some of them death camps, from the ages of fourteen to seventeen. Along the way he abandons family and faith. He curses God for allowing the Holocaust to happen and becomes an atheist. When he arrives at the concentration camp Melk, he encounters, from a distance, an unusual brand of Christians. He is told they are called Bibelforscher, Bible Students. He is astounded to see these Aryan’s imprisoned in the same concentration camp as Jews. He is further shocked when he learns that they can leave the camp anytime, all they have to do is renounce their faith by signing a document. But they won’t do it. Their conduct leaves and indelible impression on young Joseph’s mind. Many years later, after emigrating to America, Joseph encounters representatives of this group when they knock on his door. Always curious about their faith he questions them and ultimately converts to Christianity. THE ALTERED I chronicles Joseph’s life and the circumstances leading to his life altering decision, while shining new light on an untold story of the Holocaust. 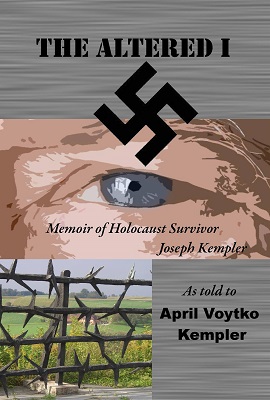 THE ALTERED I can be purchased from the publisher, LeRue Press at www.leruepress.com, Amazon.com in paperback, and Google Play books.