Writing a novel is certainly no mean feat – it takes a lot of time, effort, and a good deal of determination, too. Whether you are writing your first novel, your tenth, or just thinking about an idea you’ve had and whether to turn it into a book or not, you may be wondering what makes a novel a ‘best seller’. That is, what is it that catches readers attention and causes them to buy and love your book? What are the characteristics of a best-selling novel plot – if any?

We’ve collated some of the most common signs of a best-selling novel for you here, so you can think about what to include (or what not to include) in your next story! 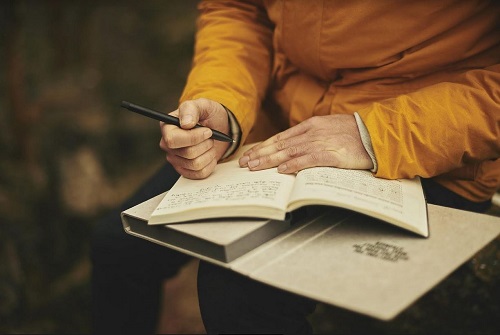 Stay away from the Freytag Pyramid Plot Structure

Surely we all remember the plot diagrams we had to draw in English class in school – you know, the ones where the story starts with an exposition, rises with rising action, peaks with a climax, and then has a falling action and resolution.

Whilst these plot structures work well for children’s books, they’re probably not the best option for your novel in today’s publishing environment. That’s because they’re overdone and predictable – to create a bestselling novel, you want to make your book have twists and for the plot to stay one step ahead of the reader’s expectations. The last thing you want is for your plot to be predictable!

This plot structure involves starting the story with the rising action and allowing the exposition to happen over the first half of the book. That is, the reader slowly comes to understand why the rising action happened and what its significance was. This way of building plot ensures the reader doesn’t get bored, as conflicts frequently appear and are resolved only to build up again to the climax about two-thirds through the book.

“The best plots should have a series of scenes which have events, changes, and conflicts,” says Chelsea Cousins, a content writer at Australia2write and Britstudent. “If a scene doesn’t have a conflict, consider taking it out. Each scene should make your characters change in some way and move the story forward.”

Many novels plot structure follows that of the Hero’s Journey. This is where the main character is living in a world and is suddenly called to action – this is a very popular structure in sci-fi and fantasy books. The main character accepts the challenge and the adventure begins. The purpose of the plot is on one level to defeat the antagonist, and on another level to have the hero discover himself and the world.

Don’t let your hero succeed all the time, either – this is boring. Your main character should fail many times and then succeed in the end. Remember the Star Wars movie The Empire Strikes Back? Everything goes wrong for the heroes – that builds the conflict and causes viewers (or readers) to be gripped by the story!

Your Protagonist is only as interesting as your Antagonist

A good hero and a weak villain don’t make for a good read. Again, we only need to look at what films have been most popular recently to see that the best villains actually make the story – look at Loki in Thor or the Joker in Batman. Don’t write antagonists who are flat and boring – make them have hopes, dreams, conflicts, and struggles, too.

Conflicts don’t need to be simple ‘good guy’ and ‘bad guy’ schemes – they can be internal or external conflicts of the protagonist and antagonist, too.

“If you have these kinds of conflicts, you’ve got a really deep and rich story on your hands – a protagonist may be battling inner demons from their past, or an antagonist may be struggling with their morality,” says Meghan Adamson, an art blogger at Writemyx and Nextcoursework “An antagonist might not be a person, it might be a technology, nature, society, or so on.”

Overloading your novel with conflicts will only make it confusing – so choose a couple and make them as detailed as possible, exploring every angle.

Mildred Delgado is an up-and-coming marketing strategist at Originwritings and AcademicBrits, where she has already assisted on several high-profile marketing campaigns. She also presents at and contributes to PHDKingdom.