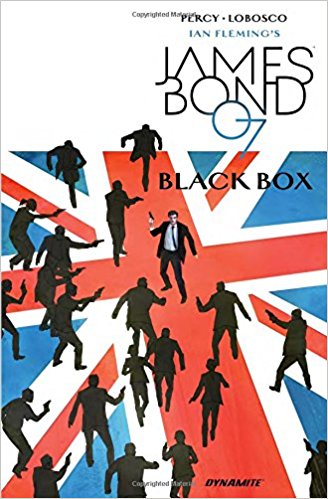 Thoughts:
Let me start off by saying that I absolutely love what Dynamite Entertainment are doing with Bond. They made 007 a badass, with up to date story-lines while keeping true to the classic Bond style. Keeping the character fresh, but familiar at the same time.

James Bond: Black Box by Benjamin Percy (art by Rapha Lobosco) is a solid entry into Dynamite’s Bond library even though the plot is weak and predictable, but well written. I felt as if they had to stretch it for six issues instead of three or four. Some of the “Bond staples” like exotic locals, outrageous action, and adventure are just forced in for the sake of lengthening the storyline.

I didn’t care for the female character in this book, but I want to think this was an introduction to a new, recurring character. I certainly hope so and that the writers will make better use of her (she, of course, needed to be rescued), she’s a great character.

Felix Leiter, another character Dynamite has embraced also make an appearance in this novel, also a badass and, like Bond, is only looking out for his mission only. This Felix Leiter, while appear to be the same one as in the one shot I read a while ago, seems like a totally different person. This is a departure from the running gag in the movies where Felix Leiter is played by different actors, different ethnicities, but as the same character.

I enjoyed the art very much, the drawings seem to be drawn as if they were in the 196s era, or around there. I thought they could have been updated though, I enjoyed the previous Bond graphic novels artwork better. 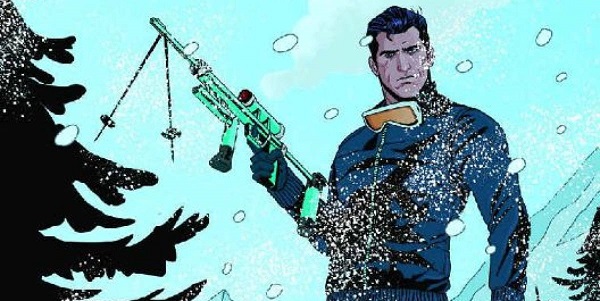 Synopsis:
When a major data breach occurred, MI6 put their best man, without delay, on the case. Bond travels to Tokyo to follow the only lead MI6 has before the incriminating information could get out.