As an epilogist, Ben Mendelssohn appreciates an unexpected ending. But when that denouement is the untimely demise of his beloved wife, Ben is incapable of coping. Marian was more than his life partner; she was the fiber that held together all that he is. And Ben is willing to do anything, even enter the unknown beyond, if it means a chance to be with her again. 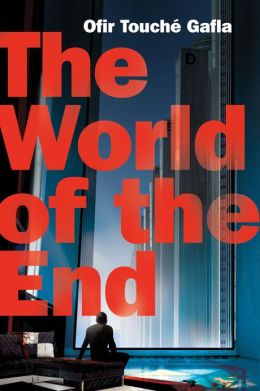 One bullet to the brain later, Ben is in the Other World, where he discovers a vast and curiously secular existence utterly unlike anything he could have imagined: a realm of sprawling cities where the deceased of every age live an eternal second life, and where forests of family trees are tended by mysterious humans who never lived in the previous world. But Ben cannot find Marian.

Desperate for a reunion, he enlists an unconventional afterlife investigator to track her down, little knowing that his search is entangled in events that continue to unfold in the world of the living. It is a search that confronts Ben with one heart-rending shock after another; with the best and worst of human nature; with the resilience and fragility of love; and with truths that will haunt him through eternity.

The World of the End was originally published in 2004 and became a bestseller and a cult book, winning the 2005 Geffen Award for the best fantasy/science fiction novel of the year and the 2006 Kugel Award for Hebrew literature. Gafla’s later novels include The Cataract in the Mind’s Eye, Behind the Fog, and The Day the Music Died. He teaches creative writing in the Sam Spiegel School of TV and Cinema in Jerusalem.