Please enter using the Rafflecopter form at the end of the post. 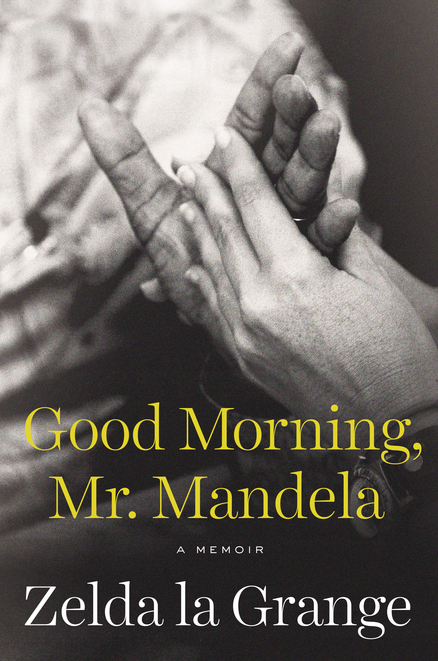 of Nelson Mandela’s long-time personal assistant and “honorary granddaughter” Zelda la Grange (Viking; Strict On-sale: June 24, 2014;  978-0-525-42828-2; $28.95). In this revealing book la Grange pays tribute to Nelson Mandela as she knew him—a compassionate teacher who taught her the most valuable lessons of her life. La Grange introduces readers to the Mandela who was as kind and generous as we all imagine, but who was also stubborn and surprisingly human. She also gives us insight into Mandela’s relationships with fans and contacts, both famous and infamous: from Queen Elizabeth, Oprah Winfrey, Bill Clinton, Brad Pitt, Bono, and Morgan Freeman to Muammar Gaddafi.

A white Afrikaner, Zelda la Grange grew up in segregated South Africa, supporting the regime and the rules of Apartheid. Her conservative family referred to the imprisoned Nelson Mandela as “a terrorist.” Yet just a few years after his release and the end of Apartheid, she would be traveling the world by Mr. Mandela’s side, having grown to respect and cherish the man she would come to call ‘Khulu,’ or ‘grandfather.’

GOOD MORNING, MR. MANDELA tells the extraordinary story of how a young woman’s life, beliefs, and prejudices were utterly transformed by the man she had been taught was the enemy. It is the incredible journey of an awkward, terrified young secretary in her twenties who rose from a job in a government typing pool to become one of the President’s most loyal and devoted associates. During her twenty years of service, la Grange supported Mandela in dealing with political tension, personal tragedies, and the many complications of worldwide fame. She remained loyal to him to the very end of his life, despite outside attempts to ostracize her. Her frank, down-to-earth memoir confronts the challenges and celebrates the successes of a life devoted to her beloved ‘Khulu.’

This is a book about love and second chances, and one that honors the lasting and inspiring gifts of one of the great men of our time. It offers a rare, intimate portrait of Nelson Mandela and his remarkable life and legacy, as well as moving proof of the power we all have to change.

ZELDA LA GRANGE WILL BE TOURING TO: