About:
Lineup by Liad Shoham is the American debut of the Israeli author. Shoham is a practicing attorney and has written five bestsellers in Israel. 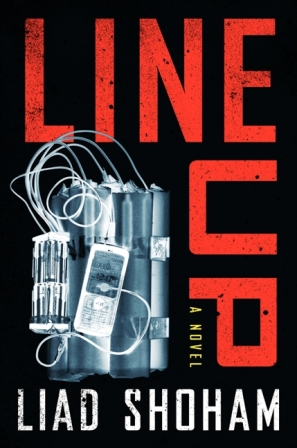 Thoughts:
Lineup by Liad Shoham (Facebook) is a fast and absorbing police procedural. The story is told, mainly, from the view point of three people: Nachum, an old school cop, Ziv the condemned criminal and Amit, a reporter.

If I had to pinpoint a protagonist it would be Nachum and he makes a very engaging character. Nachum is a career policeman who has seen the force change over the course of decades and struggles with his own morals on a daily basis. He longs for simpler days when a cop didn’t have to worry about cold statistics and the media; the days when police officers weren’t busy fudging numbers and concentrated more on getting hard evidence against hardened criminals.

The “bad guy”, Ziv, is written as a man who has fallen off the beaten path and is plagued by both bad decisions and bad luck. Mr. Shoham has fun with his characters, a tough prosecutor who knows how to haggle with the defense, a mob boss and his soldiers and a newspaper editor who is a cub journalist’s worst nightmare.

Lineup is a satisfying read, an enjoyable detective story with interesting characters. This is a solid book and I’m looking forward to read more of Mr. Shoham’s work.

Synopsis:
A quiet Tel-Aviv street is rocked by a brutal rape which leaves the police baffled since no eyewitnesses, clues or suspects exist. The victim’s father refuses to admit defeat and starts his own investigation when he notices a man acting strangely in the vicinity of his daughter’s apartment.

The man, Ziv Nevo, seems to be guilty by circumstantial evidence and it seems that everyone wants him to pay a price for the crime he didn’t commit. His mafia bosses,  his co-workers, even the police are all doing their best to keep Ziv in jail.