About:
Sons and Soldiers: The Untold Story of the Jews Who Escaped the Nazis and Returned with the U.S. Army to Fight Hitler by Bruce Henderson is the true story of Jewish man who escaped the Nazis only to join the US Army and go back into the wolf’s den to fight. Mr Henderson wrote more than 20 non-fiction books. 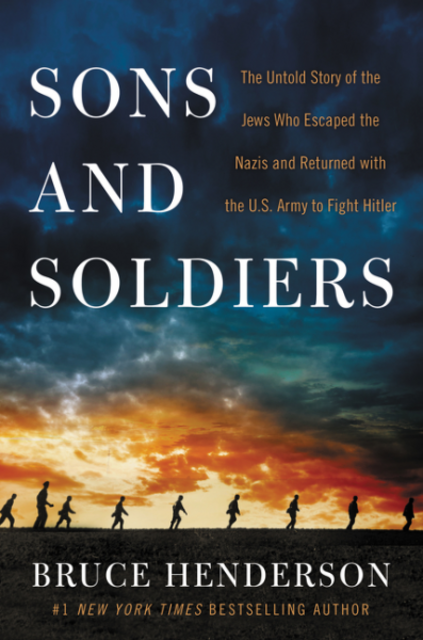 Thoughts:
The minute I saw this book I knew I wanted to read it. My grandfather escaped Nazi Germany only to join the British Army to fight them (this is where he met my grandmother, who also escaped Europe and joined the British Army).

The soldiers who are the subject of Sons and Soldiers: The Untold Story of the Jews Who Escaped the Nazis and Returned with the U.S. Army to Fight Hitler by Bruce Henderson are immigrants to the US who managed to escape Europe as teens. Those folks not only had to deal with being a stranger in a strange land, usually without the support of their family (who stayed behind), but also being looked at sideways by Americans and institutions who viewed them as considerable security risks and maybe even enemy agents.

That is until the powers that be realized that by not recruiting these guys they are not only forefieiting good, motivated fighters, but also a gold mine of intelligence about the mindset of the people in their native land, the culture and language. Many of the guys that joined the Army found themselves in Fort Ritchie, MD (known from then on as the Ritchie Boys) where they got the training they will need when the Allies will invade (mostly interrogating prisoners).

The soldiers served with honor and once the commanders realized how valuable their linguistic and knowledge are they were looked upon with respect and an integral part of the unit.

This is a riveting, easy to read book. Mr. Henderson wrote a wonderful and important book, packed with history and stories which pack an emotional punch.