Voltaire was the nom de plume of François-Marie Arouet (21 November, 1694 – 30 May, 1778), a French philosopher, writer and a historian known for his wit and attacks on the established Catholic Church. 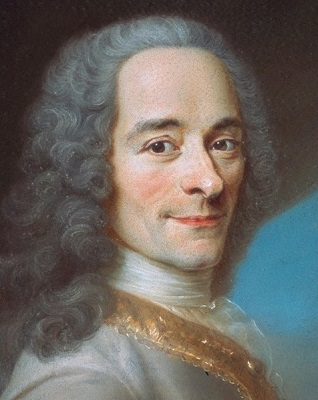