Stephen Jay Gould (10 September, 1941 – 20 May, 2002) was a paleontologist who wrote science books for both scientists as well as the general public. 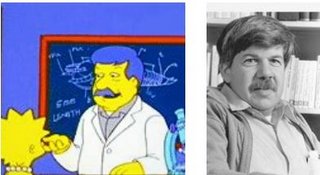