Niccolò Machiavelli (3 May, 1469 – 21 June 1527) was an Italian writer, playwright, poet, historian and diplomat. He is known for his groundbreaking book The Prince. 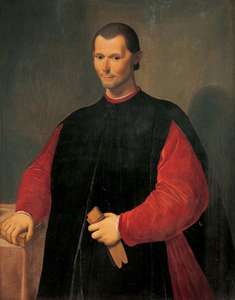