Langston Hughes (1 February, 1902 – 22 May, 1967) was a poet, novelist, playwright & translator born in Missouri, and a leading figure in the Harlem Renaissance. 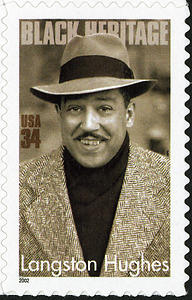